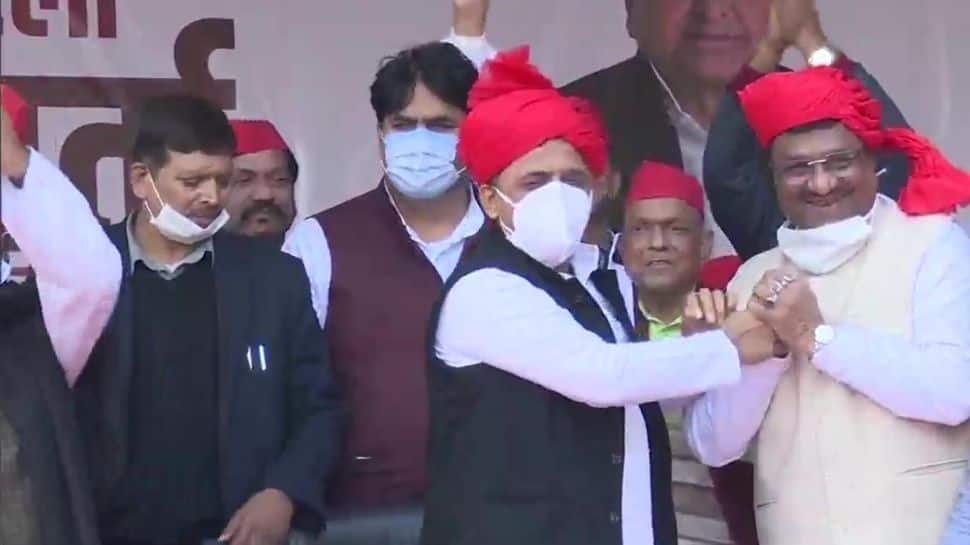 SP chief Akhilesh Yadav was also present during the event.

These MLAs were among 8 BJP leaders who left the saffron party ahead of the elections citing neglect toward the backward classes and Dalit voters.

Earlier, Maurya lashed out at BJP for playing foul politics after an arrest warrant was issued in his name in an 8-year-old case.

“A non-bailable warrant has been issued against me in an 8 yr old case. It’s just 2nd day of my resignation (as UP min). Even if dozens of cases are registered against me, my morale will not be weakened. The more they trouble me, the more strongly I’ll defeat them,” ANI quoted Maurya as saying.

The warrant was issued by a local court on Wednesday in a 2014 case for allegedly making objectionable comments against Hindu gods.

Swami Prasad Maurya’s resignation triggered a mass exodus of ministers and MLA’s in BJP ahead of assembly polls. So far, 7 BJP leaders have quit the party to join Akhilesh Yadav’s SP.

Uttar Pradesh will go to the polls from February 10 in seven phases.