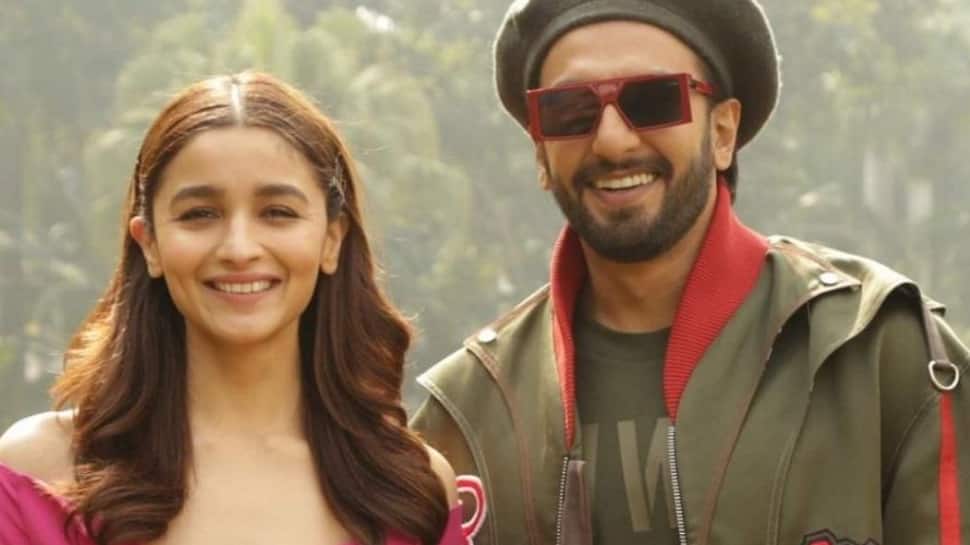 New Delhi: Actors Alia Bhatt and Ranveer Singh are busy shooting for their upcoming film ‘Rocky Aur Rani Ki Prem Kahani’ directed by Karan Johar in Delhi NCR. The two however took some time out of their hectic schedule and dropped at Punjabi music sensation AP Dhillon’s concert in Gurugram. The actors grooved on his peppy number ‘Brown Mundae’ in a viral video.

While Alia wore a black leather jacket with a red crop top and black pants. Ranveer was dressed in his usual over-the-top avatar and wore a bucket hat, sunglasses and two shades denim jacket along with a neck chain.

Earlier a video of Alia Bhatt and Karan Johar went viral, where the latter conducted a ‘quick night shoot rapid fire’ for ‘Humpty Sharma Ki Dulhania’ actress. Alia gets nervous and can be seen saying in the video that she doesn’t like rapid-fires.

On the work front, both Alia and Ranveer have their kitties full. Alia will soon be seen in Sanjay Leela Bhansali’s Gangubai Kathiawadi, SS Rajmouli’s RRR and Ayan Mukerji’s Brahmastra. She has also signed Farhan Akhtar’s directorial ‘Jee Ley Zaraa’ which stars her along with Priyanka Chopra and Katrina Kaif.

Ranveer on the other hand is gearing up for the release of  Kabir Khan directorial ‘83 and Rohit Shetty’s Cirkus. He is also currently hosting the television show ‘The Big Picture’.

ReformerNews - December 3, 2021 0
Virat Kohli walks back after being given out LBW in the Mumbai Test© AFPThere was admiration for a fabulous hundred by India opener...