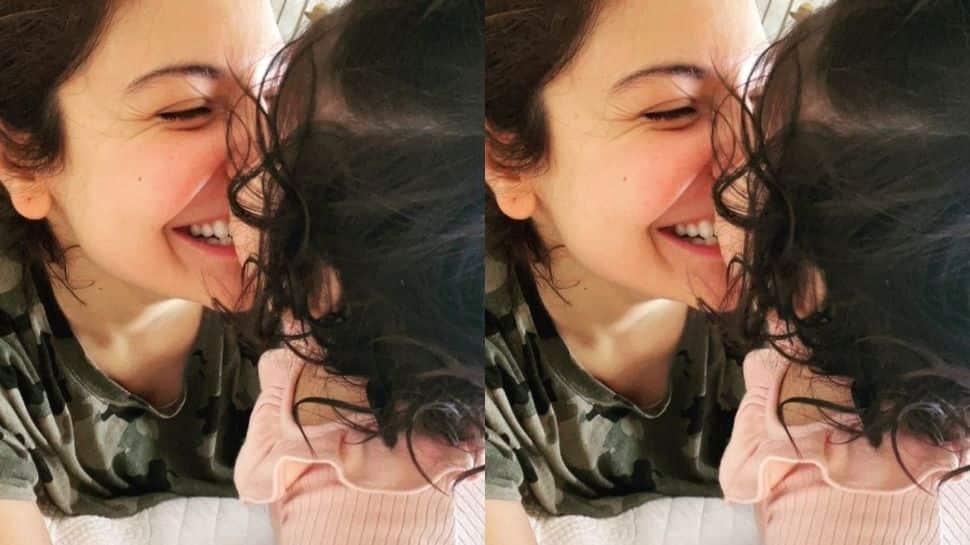 New Delhi: Anushka Sharma who is currently embracing her motherhood after welcoming her first child Vamika, has now shared a heart-warming post on the auspicious occasion of Durga Ashtami.

The post has been dedicated to her daughter Vamika in which Anushka can be seen cuddling with her little toddler.

Sharing the picture on her Instagram handle, she wrote, “Making me braver and more courageous every day. May you always find the strength of the goddess in you my little Vamika Happy Ashtami..”

Fans and members of the film fraternity flooded the post with likes and comments.

Virat and Anushka got married in a fairytale wedding that was only attended by the couple’s family and friends on December 11 in 2017. Post their nuptials in Italy, the couple hosted grand receptions in Delhi and Mumbai.

The duo had welcomed their daughter at Mumbai’s Breach Candy hospital on January 11, 2021.

Bipasha Basu opens up on constant pregnancy rumours, says ‘speculations are always going to be there’

ReformerNews - October 25, 2021 0
<!-- -->Sanjay Raut has sought police protection for the witness in the Aryan Khan caseMumbai: A "wait and watch" tweet by Shiv Sena's...
© ReformerNews 2021. All Rights Reserved
Go to mobile version
%d bloggers like this: