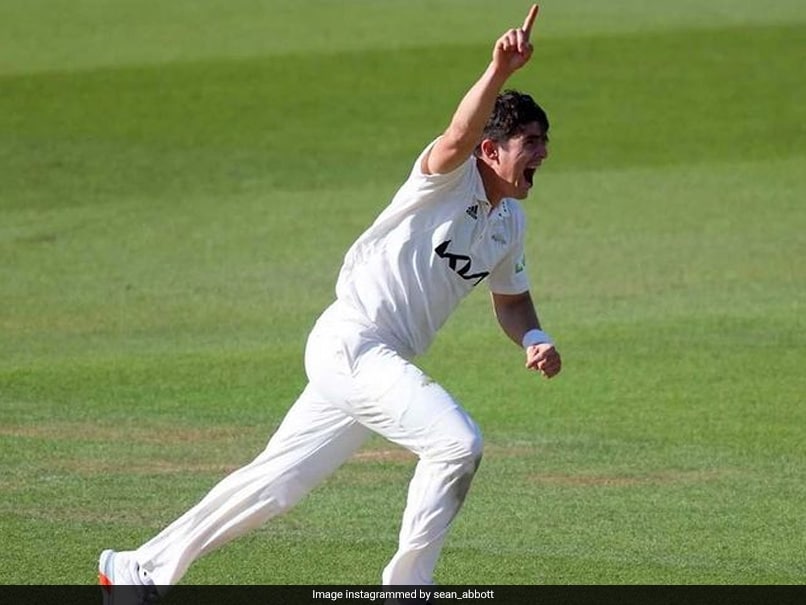 Sean Abbott is in line to make his Test debut for Australia in the year-end Ashes series.© Instagram

A Test debut during the Ashes series will be a possibility for Sean Abbott but the fringe pacer won’t mind if getting the baggy green gets delayed a bit since he wants to be with his partner for the birth of their first child during that time. James Pattinson’s sudden retirement has opened the door for many including Abbott as Cricket Australia may opt to rotate prime pace trio of Pat Cummins, Josh Hazlewood and Mitchell Starc. Abbott said he definitely wants to break into the Test side by playing well in the domestic cricket but he wants to be in the country late in December when his first child is due.

“(I’m) not going to risk putting into jeopardy the Ashes series by coming in as not a ‘clean’ athlete,” Abbott was quoted as saying by Australian media.

“It’s not as easy as it used to be and that’s the world we’re living in at the minute. That’s just part of things now. It’s a bloody tough one, especially considering the safety concerns around COVID and borders,” he added.

“It’s certainly something I’ll have to keep a close eye on and play well enough to get selected. Should that happen I have to make sure I’m back in Sydney late December for the birth of my baby girl,” he said.

“We’ll just have to manage that as best I can and if that means maybe missing some time with the Test squad and an Ashes series then so be it. Hopefully, we get lucky and things work out,” Sean explained.

Abbott said he is young and fit, so he can wait for his chance later on even if he misses the chance to play Ashes later this year.

“As much as it’s a dream of mine; I’m not 30 yet, my body’s going great, I’m feeling really fit, it’s not going to be my last game of cricket… I know opportunities don’t come around very often, especially with the guys we have in the squad that have been playing, but it’s the birth of my first child. Hopefully it works out that she times her run nicely that we can tick all those boxes and have dreams come true in more ways than one,” he concluded.

ReformerNews - December 7, 2021 0
<!-- -->The missile has an operational range of 50 to 60 km, said DRDO.Balasore: India on Tuesday successfully flight tested the indigenously developed...