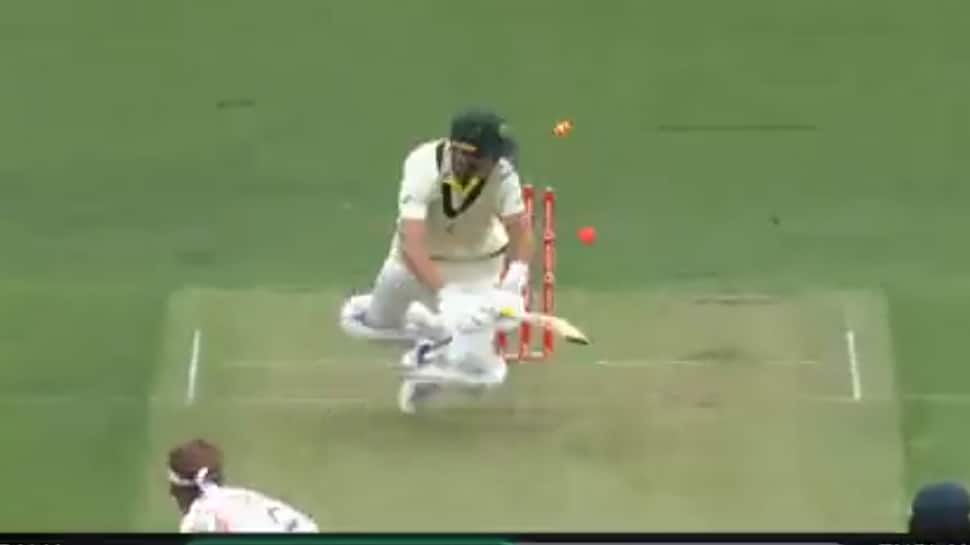 Marnus Labuschange was playing well, had already stroked 44 before a Stuart Delivery saw the end of him, choosing a weird way to get bowled.

Stuart bowled one which was going down leg, Marnus put his front foot across and then twisted his angle to fall on his chest on the pitch, right in front of the stumps while the ball hit the leg sutmp.

Well, what happened out there was so biazzare, it cannot be described in words.

One of the weirdest dismissals we’ve ever seen! _#Ashes pic.twitter.com/8Qp5rKprn8

That wicket was enough to give some laughs to Cricket Twitter. Wasim Jaffer took a dig at Marnus while other compared the wicket with that one of Pakistani batter Ijaz Ahmed from yesteryear.

Take a look at key reactions.

Test cricket will not die as long as Marnus Labuschagne is around. Pure entertainment.

ReformerNews - January 16, 2022 0
Bollywood actress Mouni Roy, who is known for her dancing skills, has been roped in as a judge for the upcoming season of...

India Open 2022: Biggest World Tour tournament that I have won,...

ReformerNews - January 16, 2022 0
New Delhi: After winning India Open 2022, shuttler Lakshya Sen on Sunday said that he did get a little nervous and anxious towards the end...

ReformerNews - January 16, 2022 0
Novak Djokovic's bruising Australian saga not only stalled his push for a record 21st Grand Slam, but could also force his multi-million dollar...
© ReformerNews 2021. All Rights Reserved
Go to mobile version
%d bloggers like this: