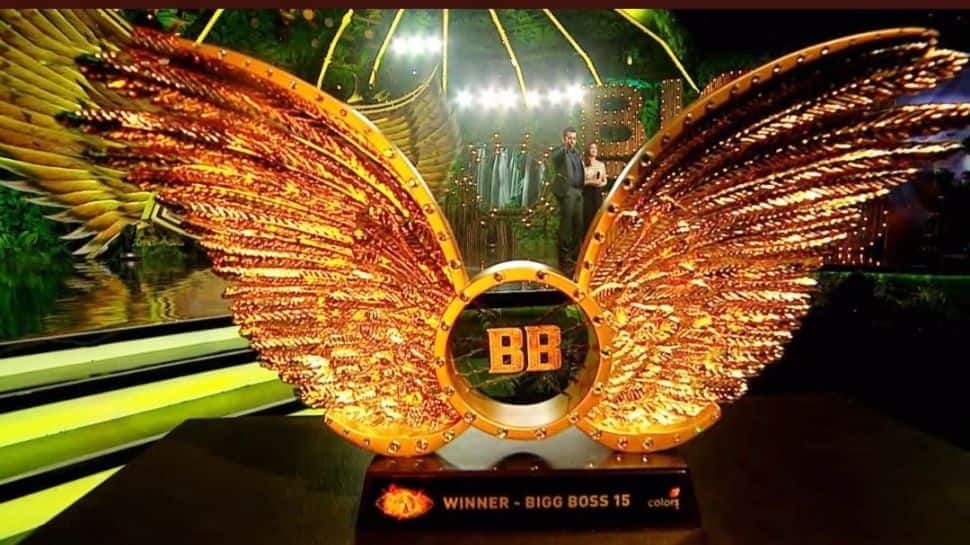 New Delhi: Bigg Boss 15 has been extended for two weeks and so in order to keep the audience glued to their seats, the makers of the Salman Khan hosted show has now revealed the first glimpse of the shimmery eagle-shaped trophy to the audience. Later, the guest of tonight’s Weekend Ka Vaar episode Gauahar Khan showed the trophy to the housemates and also asked them to express their feelings about it.

The contestants expressed their feelings and shared how deeply each and everyone is connected with the trophy.

Later, she played a game with the contestants in which they had to choose between two contestants whom they consider less deserving than the other one.

After all these fun activities, Salman grills Rakhi Sawant over her behaviour with Tejasswi where she calls the latter threat to Karan Kundrra.

He also asked her not to indulge into other’s matter and to concentrate on her own game else she’ll become boring.

He also slammed Teja for playing sympathy card all the time and also bashed her for speaking against the makers of the show.

Later, Pratik was seen getting into an argument with Karan where the latter went on calling his mother stupid in order to defend his girlfriend Tejasswi.

When the matter escalated, Shamita was seen explaining to Karan that his behaviour is not right and he shouldn’t bring his family in between any argument.

In tomorrow’s episode, few famous journalists will be seen entering the house and asking questions to all the contestants.

It will be interesting to see who will be getting maximum support and who will face the wrath. Well, only time will tell.. till then keep watching this space for more updates related to Bigg Boss 15.