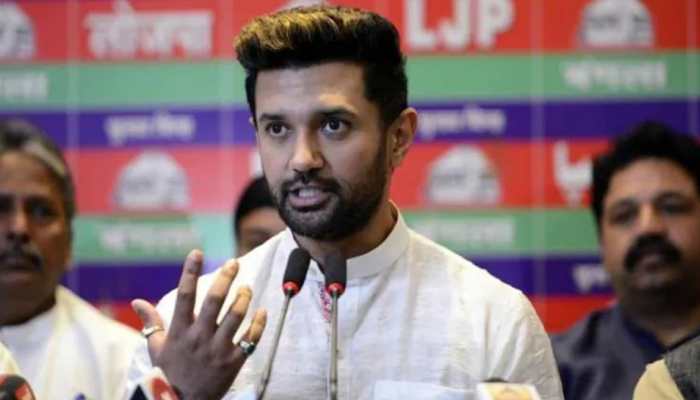 Patna: The Bhartiya Janata Party is not sure as to which faction of the Lok Janshakti Party (LJP) it needs to support as conflicting signals are emanating from various sections from its Bihar unit.

After months of ignoring Chirag Paswan, the son of late Union Minister Ram Vilas Paswan, in favour of his uncle Pashupati Kumar Paras, a section of the BJP in Bihar seems to be reaching out to him in order to keep him in good humor.

Bihar Minister Neeraj Kumar Bablu calls Chirag Paswan “his own”, while state party President Sanjay Jaiswal has described the Paras faction as the real LJP, after it got a berth in the Union government.

He, however, does not directly attack Chirag Paswan but says that the party is not about one individual.

Political experts say that the BJP does not want to totally alienate Chirag Paswan as his faction can take control of the party any time.

Senior journalist Manikant Thakur says that “the way Chirag was targeting Chief Minister Nitish Kumar before the Bihar Assembly elections, there was enough indication that the BJP was behind it. Nitish Kumar was dead against Chirag Paswan, due to which the BJP had to also toe that line under pressure, but the party always had a soft corner for him”.

He said that under Nitish Kumar`s pressure, the BJP may try to maintain distance from Chirag Paswan, but it knows that Ram Vilas Paswan`s vote bank will remain with him only.

Even Jaiswal, in his statement, calls the LJP a part of the NDA and Chirag is an MP of the LJP.

Meanwhile, there is a tussle in the NDA over Chirag and Paras. JD-U spokesperson Abhishek Jha said that the BJP leadership has also said that those who do not like Nitish Kumar cannot be a part of the NDA. Nitish Kumar is the face of NDA in Bihar, he said.

The BJP is said to have played a major role in the split of the LJP in June when five party MPs kicked out Chirag Paswan and replaced him with his uncle Paras as the president.

Next month, the Modi government recognized Paras faction as the real LJP and he was made Union Minister on the party quota. However, the Rajya Sabha seat that fell vacant due to the demise of Ram Vilas Paswan was denied to Chirag Paswan.