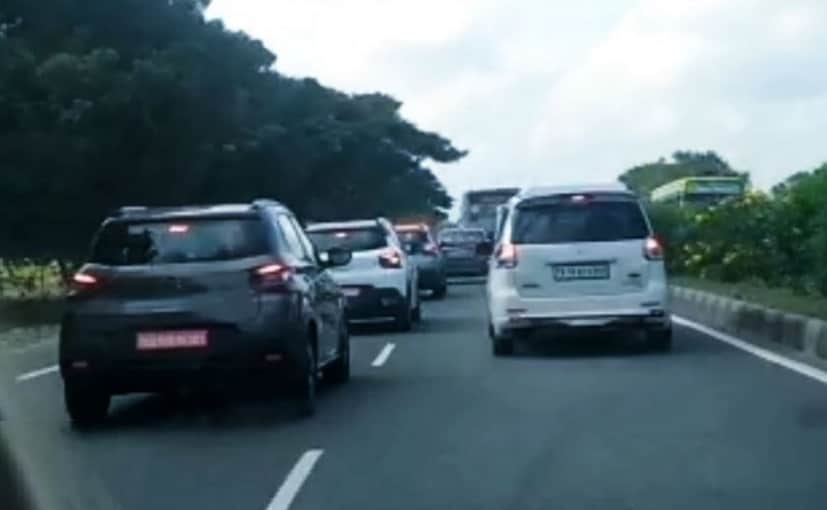 New spy photos of the 2022 Citroen C3 have surfaced online, and this time around, we get to see the car without any camouflage.

The Citroen C3 will be the French carmaker’s second product in the Indian market that is expected to be launched in the first half of this year. The premium hatchback made its global debut in India in September last year. New spy photos of the 2022 Citroen C3 have surfaced online, and this time around, we get to see the car without any camouflage. At least two test mules of the C3 hatch were captured on camera undergoing a road test on the Chennai highway.

Also Read: Citroen C3: Why A Hatchback Is The Brand’s First Mass Offering In India

The upcoming premium hatchback is based on the company’s new Common Modular Platform (CMP), which has been developed for emerging markets like India and South America. It is the first of the three new models that will be arriving in India as part of the brand’s C-Cubed programme.

Aesthetically, the Citroen C3 features a signature styling with two chrome lines extending from each side of the logo and going into the split LED DRLs creating the impressing of being one single unit. The car comes with halogen headlamps along with cladding on the grille and aluminium skid plates on the bumper. The C3 also gets faux roof rails, wrapped-around LED tail lamps and a beefy rear bumper.

Inside, the car gets a well-laid-out cabin with dual-tone colour treatment carried over from the exterior. The panel on the dashboard matches the exterior shade. It also gets a 10-inch touchscreen infotainment unit with Mirror Screen function, Apple CarPlay and Android Auto. The car also comes equipped with a flat-bottom multi-functional steering wheel, auto climate control, a USB charger, a 12V socket and more.

The engine options and other specifications have of the car have not been revealed yet. However, it is likely to be powered by a 1.2-litre three-cylinder turbocharged unit. Rumours also suggest that there will be a 1.5-litre, four-cylinder turbocharged diesel on offer. It will be a Made-In-India product with over 90 per cent local content. We expect it to be priced between ₹ 6 lakh to ₹ 10 lakh (ex-showroom). When launched, it will go up against the Hyundai i20, Maruti Suzuki Baleno, Honda Jazz, and the Tata Altroz.

Stellantis To Raise Stake In China JV With GAC To 75%

ReformerNews - January 27, 2022 0
Singapore will host the Formula One night race for another seven years from 2022 to 2028, organisers said Thursday, after the coronavirus pandemic...
© ReformerNews 2021. All Rights Reserved
Go to mobile version
%d bloggers like this: