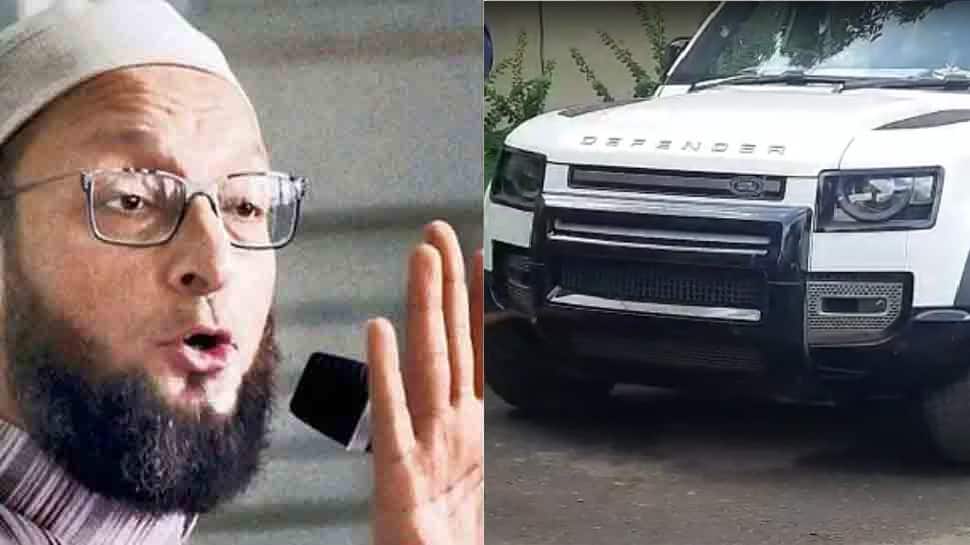 Police have collected a fine of Rs 200 from the driver of AIMIM chief Asaduddin Owaisi’s SUV, in which the latter was brought to Solapur city in Maharashtra, as the vehicle was found without a number plate, an official said. As per reports, Owaisi was travelling in a white-coloured Land Rover Defender, recently launched in India starting at Rs 80 lakh. The incident took place on Tuesday when Owaisi, who represents the Hyderabad Lok Sabha constituency in neighbouring Telangana state, was in Solapur for an event, he said.

The policeman, who took the action against his vehicle was later given a cash reward of Rs 5,000 by the local police authorities, the official said. “All India Majlis-e-Ittehadul Muslimeen (AIMIM) party president Asaduddin Owaisi’s luxury SUV reached the government guest house located in Sadar Bazar area in Solapur, following which the politician went to take rest. However, assistant police inspector Ramesh Chintankidi, who was on duty there at that time, noticed that the leader’s car did not have a number plate on its front side,” he said.

Chintankidi then asked Owaisi’s driver to pay fine as the vehicle was without a number plate, he said. Following this, a few supporters of the AIMIM chief gathered outside the guest house, but soon senior police officials also reached the spot.

Traffic police inspector Chandrakant Wable then collected Rs 200 fine from the driver of the vehicle, he said. “Solapur Police Commissioner Harish Baijal then honoured API Chintankidi by giving a cash reward of Rs 5,000 for his action,” the official said.