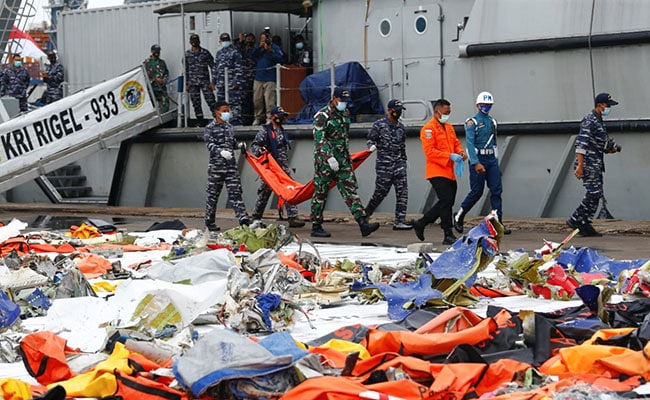 62 people were killed in the air crash in January (File)

The cockpit voice recorder (CVR) from a crashed Sriwijaya Air jet has been downloaded successfully and includes the last minutes of the flight that ended with 62 people dead, an official at Indonesia’s air accident investigator said on Monday.

The contents of the recording from the 26-year old Boeing 737-500 that crashed shortly after take-off on Jan. 9 cannot be disclosed publicly at this stage of the probe, Indonesia National Transportation Safety Committee (KNKT) investigator Nurcahyo Utomo said.

The CVR was recovered in late March after a near three-month search of the Java Sea. It was found in mud sucked up by a dredging ship and was dried out and cleaned of mud and salt.

It contains four channels of audio, including recordings of the captain and first officer, Nurcahyo said.

“Each (channel) has the last two hours, including the record of the flight that crashed,” he said.

The channels will need to be synchronised with each other as well as radio communications and the flight data recorder (FDR) for analysis to help determine the cause of the crash.

A preliminary report by KNKT released in February said the plane had an imbalance in engine thrust that eventually led it into a sharp roll and then a final dive into the sea. The report included information from the FDR.Safety experts say most air accidents are caused by a combination of factors that can take months to establish. Under international standards, the final report is due within a year of the crash.

ReformerNews - May 18, 2021 0
<!-- -->Heavy showers left many areas of Ahmedabad city inundated with knee-deep water.Ahmedabad: At least seven people were killed in Gujarat as cyclone...

Toyota To Halt Production At Two Plants Due To Chip Shortage