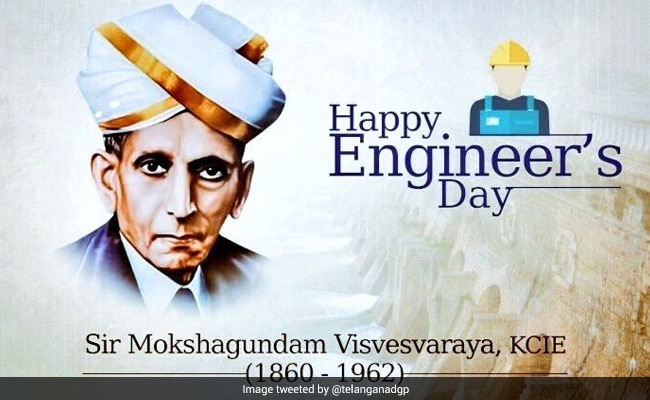 Bharat Ratna Mokshagundam Visvesvaraya’s birthday on September 15 is celebrated as Engineers’ Day in India. Sir M Visvesvaraya contributed significantly to the field of engineering and education. He is considered among the greatest nation-builders who played a crucial role in constructing dams, reservoirs and hydro-power projects of modern India. Sir M Visvesvaraya oversaw the construction of several architectural marvels as chief engineer, including the Krishna Raja Sagar dam in Karnataka and the flood protection system of Hyderabad.

In 1968, the Indian government declared Sir M Visvesvaraya’s birth anniversary as Engineers’ Day. Since then, this day is celebrated to honour and acknowledge all engineers who have contributed and still do so to build a modern and developed India.

In 1903, Sir M Visvesvaraya designed and patented automatic barrier water floodgates. Also called Block System, it had automated doors that close in the event of water overflow. It was first installed at the Khadakvasla reservoir in Pune.

Following a catastrophic flood in 1908 in Hyderabad, the then Nizam requested Sir M Visvesvaraya’s services to design a drainage system and protect the city from flooding. The engineer proposed the construction of storage reservoirs and also built a sewage farm outside the city to prevent pollution of the Musi river that flows through Hyderabad.

Sir M Visvesvaraya received the Bharat Ratna in 1955 and was also conferred the British knighthood. He served as Diwan of Mysore from 1912 to 1918. On Engineer’s Day, the nation pays tribute to Sir M Visvesvaraya.

ReformerNews - September 17, 2021 0
<!-- -->Elon Musk is the founder and CEO of SpaceX, which launched its first all-civilian crew.Amazon and Blue Origin founder Jeff Bezos has...

ReformerNews - September 17, 2021 0
America's withdrawal of its troops from Afghanista, after 20 long years, have not gone down well among people in the country as well...