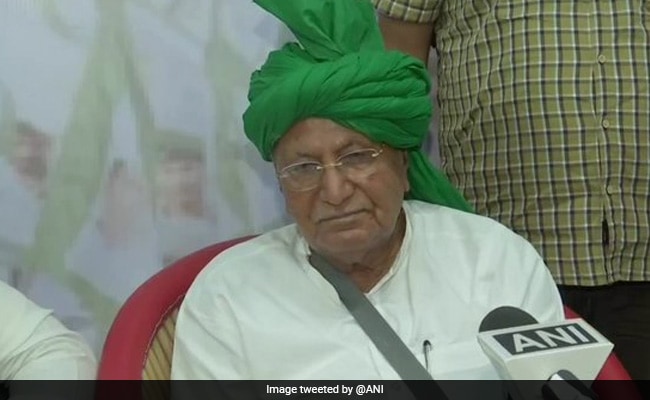 “We will fight for farmer’s rights,” OP Chautala said.

The comments of the former Haryana CM came during his visit to Delhi’s Ghazipur border where farmers have been protesting against the Centre’s three farm laws.

Speaking to ANI, Mr Chautala said, “These laws should be withdrawn. India is an agriculture-based country. Agriculture is the backbone of the Indian economy. This agitation is not only of farmers and labourers but for the entire nation.”

“We will fight for farmer’s rights,” he added.

Since November 26 last year, farmers have been protesting on the different borders of the national capital, against the three newly enacted farm laws: Farmers’ Produce Trade and Commerce (Promotion and Facilitation) Act, 2020; the Farmers Empowerment and Protection) Agreement on Price Assurance and farm Services Act 2020 and the Essential Commodities (Amendment) Act, 2020.

Mr Chautala was recently released from prison after serving a 10-year jail term in the teachers’ recruitment scam which took place in the state during his tenure as the state’s chief minister.

The jail term was awarded by a Central Bureau of Investigation (CBI) court in the national capital.