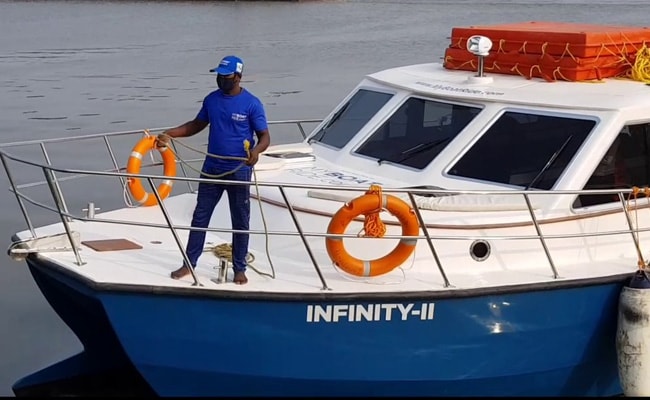 The commute from Mumbai’s southern tip to its northern suburbs will now take just 25 minutes and the hassle will be reduced as much. The Water Taxi service, all set to begin operating from this month, will not just reduce travel time but also improve connectivity in a city that sees bumper-to-bumper traffic and severely overcrowded public transport every day. The taxi service will connect Navi Mumbai’s Nerul, Belapur, and JNPT with the Domestic Cruise Terminal in south Mumbai’s Mazgaon.

One-way commute between the two endpoints will cost between Rs 200 to Rs 7000, Infinity Harbour Service Company – one of the operators of the water taxis said, adding, PM Modi will inaugurate the taxi service this month. Monthly passes will also be offered.

These high-speed AC boats are expected to take the load off of local trains and public transport and most importantly run in all weather, Infinity Harbour Service Company said. Currently, road and rail are the only modes of transport between Mumbai and Navi Mumbai.

The water taxis will take about 25 minutes one-way, significantly lowering the commute time on the roughly 30 km stretch.

BIG blow for Pakistan as Glenn Maxwell and other Australia players...

ReformerNews - January 26, 2022 0
Washington: Music icon Elton John on Tuesday revealed that he has tested positive for COVID-19. The 74-year-old singer took to his Instagram stories...