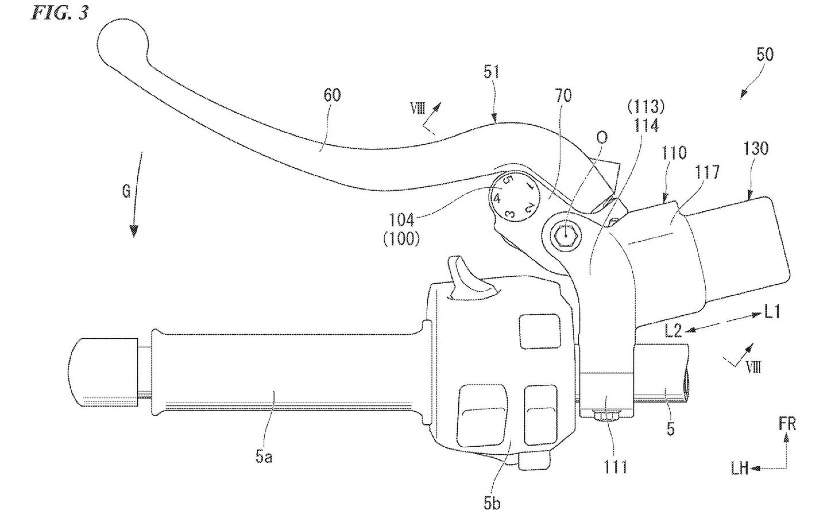 The evolution in rider-aid systems could see the development of a computer-assisted clutch, which doesn’t have any physical link with the clutch lever.

Honda seems to be working on a clutch-by-wire system for future motorcycles, which retains the idea of a hydraulically controlled clutch operated via a handlebar-mounted lever, but effectively eliminates any direct physical link between the lever and the clutch. Patent applications filed by Honda reveal such a clutch-by-wire system in detail, describing what the system will be like. In the patent drawings, the clutch lever’s position is electronically monitored, and sends information to a hydraulic pressure control unit that in turn engages or disengages the clutch.

The idea is that the clutch lever position is electronically monitored by the position sensor, and the reading is then sent to a hydraulic control unit, which also receives other information including engine speed, throttle position, speed and gear lever movement to make sure that the clutch works seamlessly. And unlike a conventional clutch system, the clutch is always dis-engaged in the resting state, which is unlike current clutch systems which allows the transmission and engine to be connected in its resting state and only disengages them when the clutch lever is pulled. So, the clutch-by-wire system is, in a way, offers the advantage of the engine and transmission to be disconnected, even in case of failure. 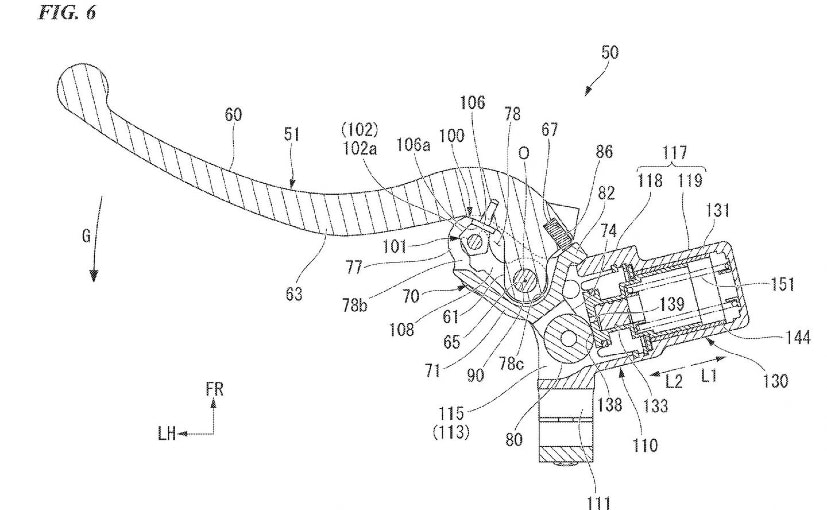 While we have learnt to appreciate light clutch lever feel, particularly on bikes with slip-and-assist clutch systems, the clutch-by-wire can offer an even lighter lever action, since there’s no physical link between the lever and the clutch. However, Honda feels that purists will want some amount of pressure on the lever, so the patents also show a “reactive force generation device” that acts against the lever, giving the rider the sort of pressure or feedback he or she is used to, on a conventional mechanical clutch. 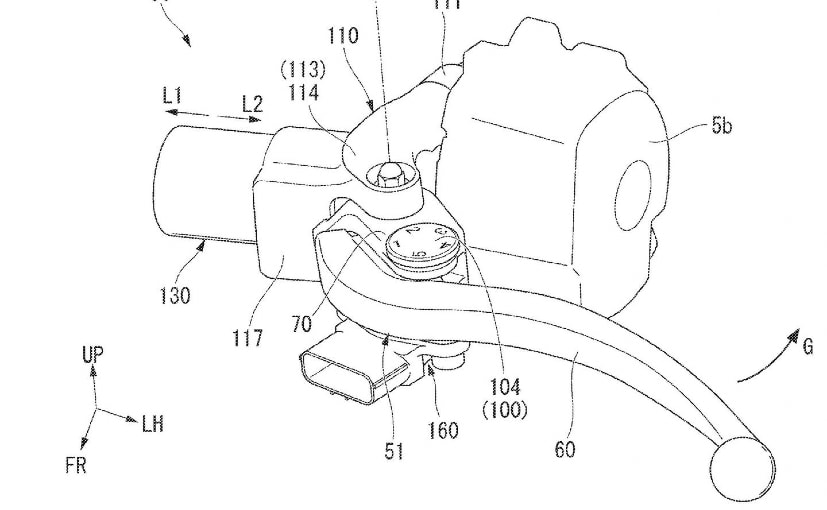 The system will use various information like throttle position, gear, speed, engine speed, etc to ensure every clutch engagement is smooth

There are some other inherent advantages, in addition to light lever action. The clutch-by-wire system could work together with other electronic rider aids like launch control and a quickshifter, to aid a smooth and seamless experience. Eventually though, it will be open to interpretation and criticism, how an actual electronically actuated clutch lever will feel. Some of us still prefer mechanical throttle cables, particularly when riding off-road, compared to modern ride-by-wire throttle systems, which feel a little ‘cosmetic’ and without any real ‘feel’. And to top it off, if it makes it to production, the clutch-by-wire system will have a cost added to it, which will likely add to the price tag of the same motorcycle with a conventional mechanical clutch.