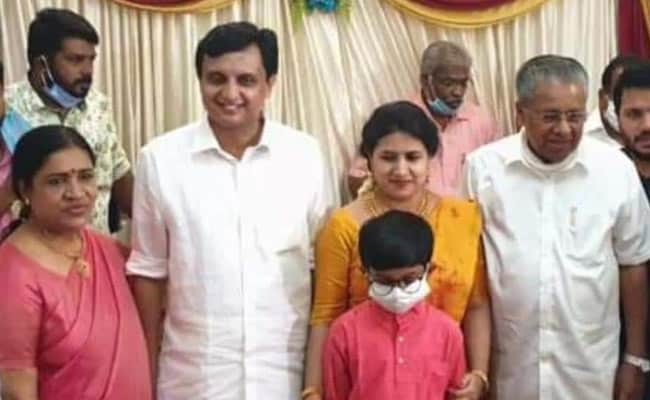 In a first, a father-in-law and son-in-law duo will make their presence felt together in the Kerala Assembly soon and thus script a new chapter in its decades-long history.

The 77-year old father-in-law is no one other than Chief Minister Pinarayi Vijayan while the lucky son-in-law is PA Mohammed Riyas, national president of the Democratic Youth Federation.

Mr Riyas is the husband of Mr Vijayan’s daughter Veena, an IT entrepreneur based in Bengaluru.

While Vijayan won by a whopping margin of over 50,000 votes from his home turf Dharmadam in Kannur district, the 44-year old Riyas got elected from Beypore, a Left bastion in Kozhikode.

Though the state Assembly had a legacy of accommodating sons and daughters of various politicians in these years, it is for the first time that a father-in-law and son-in-law are together becoming part of the House.

Ms Veena and Mr Riyas got married at Cliff House, the official residence of the Chief Minister, on June 15, 2020.

There were also some other family members of politicians who tried their luck in the April 6 polls but many of them failed.

Both Jose K Mani, the chief of Kerala Congress (M), a prominent Left partner and his sister’s husband MP Joseph, a UDF candidate, bit the dust in Pala and Trikkaripur respectively when the results were announced on Sunday.

While Kerala Congress chairman PJ Joseph won from Thodupuzha, his home turf in Idukki, as UDF nominee, his son- in-law Dr Joseph was defeated in Kothamangalam constituency as the candidate of Twenty20, a corporate-backed political party.

Children of former ministers and MLAs from the ruling CPI(M)-led LDF and opposition Congress-led UDF had tested the electoral waters in over 20 of the 140 seats in the April 6 Assembly polls.

ReformerNews - May 7, 2021 0
Mohamed Nasheed is undergoing treatment after the suspected bomb blast in the capital, Male. Source link BBCNews