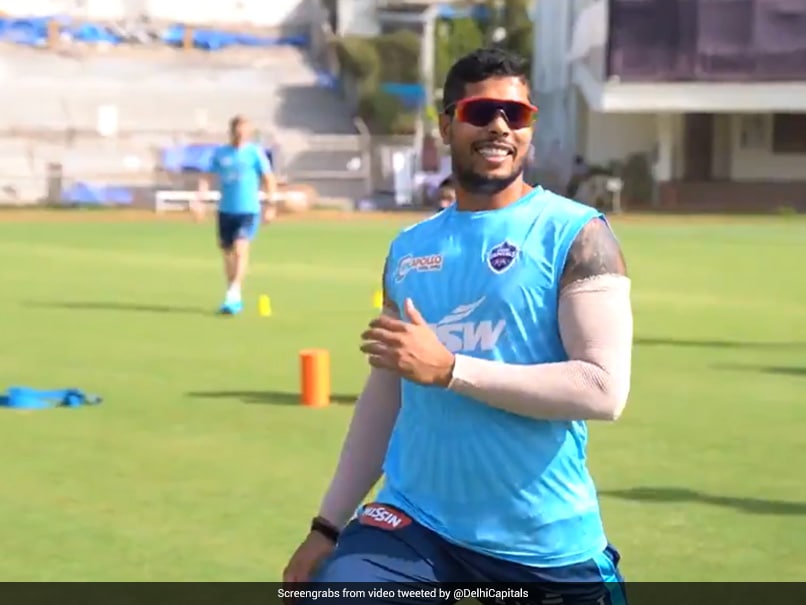 Umesh Yadav, like all the other competitors, is gearing up physically and mentally for the battles ahead and Delhi Capitals put up a video of the fast bowler going through with paces, as well as preparing for the elements. “Wondered what a complete training routine of your favourite DC star looks like? Here’s Umesh Yadav taking you through his,” read the tweet.  The video shows Yadav, who returned to DC following an auction in February this year, bowling and also wielding the bat to hit the ball around the ground.

Wondered what a complete training routine of your favourite DC star looks like?

“Oh, look how he is hitting the ball! Simply awesome! Seems that he wants to do really something heroic this season,” one Twitter user said.

Oh look how he is hitting the ball! Simply awesome! Seems that he wants to do really something heroic this season.

Another said, “Umesh is batting like a top-order (batsman). Bat him at 3.”

umesh batting like a top order bat him at 3

One of Umesh’s fans referred to his best performance of 4/24, and said, “Umesh Express will take 4 wickets against RCB.” Umesh was representing Royal Challengers Bangalore (RCB) in the last season.

Towards the end of the video, Umesh casually abandons his bat, lays on the ground and caresses his hair. “My body is completely tired in this heat,” he says.

“My forearms are jammed, I don’t have strength left in me.”

After being handed an energy drink, he smiles.

“Very good practice we did today. Now, time to get back to the hotel and take some rest.” He packs his gear and walks off the ground.

ReformerNews - April 12, 2021 0
<!-- -->India's largest IT services exporter Tata Consultancy Services (TCS) recorded a 14.6 per cent jump in its net profit for the fourth...
© ReformerNews 2021. All Rights Reserved
Go to mobile version
%d bloggers like this: