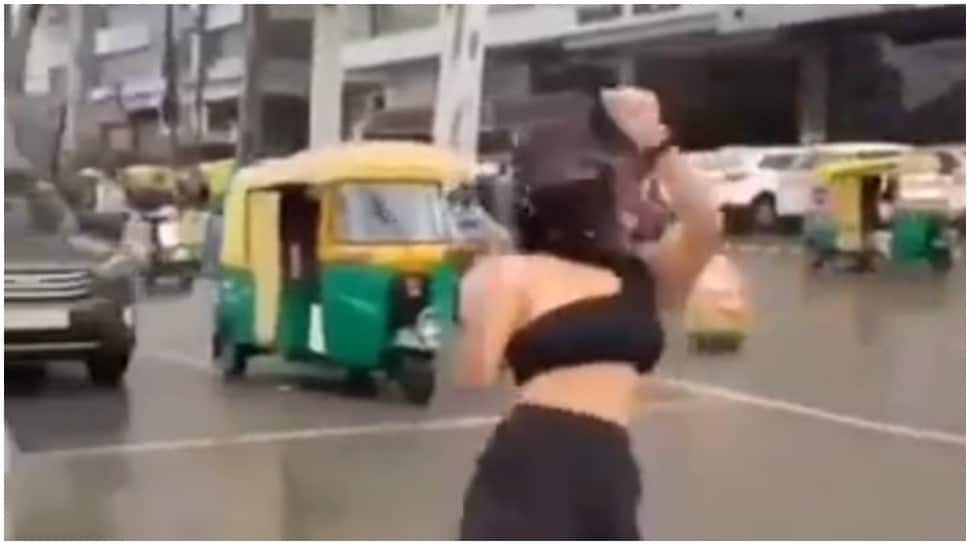 Indore: A new video featuring a girl from Indore has gone viral. In the video, the girl dances on a traffic signal when the lights turned red.

The video was recorded at Rasoma square, one of the busiest roads in Indore. People stopped and looked at the girl in the middle of the road and mistook it for a campaign that was initiated by Indore police for people who can volunteer to control and guide the traffic for an hour on their relatives’ birthday.

Everyone thought it was a publicity stunt.

Shreya Kalra, the girl in this video, who is a model was seen dancing in this 30-second clip. All of a sudden she started dancing on the zebra crossing when the lights turned red. Through her dancing, Shreya also appealed to wear a mask.

The authorities served her a notice for violation of traffic. The DSP also asked the youngsters to do only those activities which do not harm others and themselves.

Shreya Kalra took to her social media and clarified her reasons for making the video. No breaching of traffic rules was her motive and only wanted to spread awareness about wearing masks.

Masaba Gupta’s “Recovery Plan” Is The Motivation We All Need

ReformerNews - September 17, 2021 0
If you follow Masaba Gupta on social media, then you know that the designer is a fitness fanatic and follows a strict diet....

ReformerNews - September 17, 2021 0
The District Magistrate (DM) of Noida and Tokyo Paralympics silver-medallist Suhas L. Yathiraj lives by the philosophy of ‘sports help you conquer your...
© ReformerNews 2021. All Rights Reserved
Go to mobile version
%d bloggers like this: