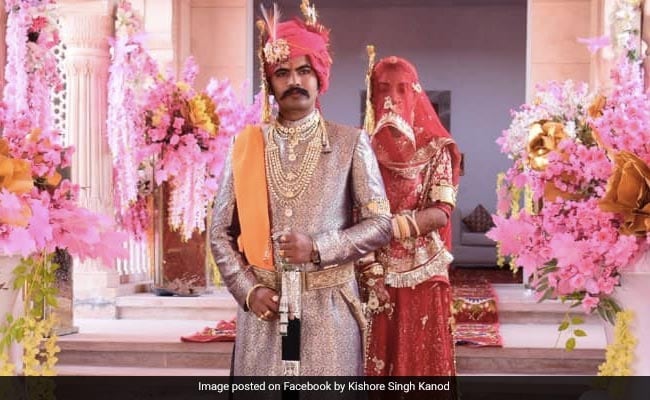 A Rajasthan bride made an unusual request before her wedding.

In a bid to promote girl child education, a bride in Rajasthan requested that the amount set aside for her dowry be used for the construction of a girls’ hostel instead. Anjali Kanwar, the daughter of Kishore Singh Kanod in Barmer city, married Praveen Singh on November 21. According to a report published in Dainik Bhaskar, Anjali approached her father before the wedding and told him that the money set aside for her dowry should instead go towards the construction of a girls’ hostel. Kishore Singh Kanod agreed and donated Rs 75 lakh for the construction, as per his daughter’s wishes.

It was a move widely praised on social media. A clipping of the news article was shared on Twitter by Tribhuwan Singh Rathore, the Rawat of Barmer.

According to the report, Anjali approached Mahant Pratap Puri after wedding rituals were completed and expressed her wish in a letter, which he read out to the assembled guests. Loud applause greeted the announcement, and her father presented Anjali with a blank cheque, asking her to fill in the desired amount.

Mahant Pratap Puri, who is the current head of Taratara math, praised the initiative, saying the putting money aside for the betterment of society and talking about girls’ education at the time of kanyadaan was in itself an inspirational act.

According to Patrika, he also announced that Mr Kanod had already announced a grant of Rs 1 crore for the construction of a hostel on NH68, but additional funds of Rs 50 to Rs 75 lakh were required to complete the construction. The amount was made available thanks to his daughter.

Man Burns Down $1.8 Million Home While Trying To Get Rid Of Snakes

ReformerNews - December 6, 2021 0
<!-- -->Eight persons have tested positive for Covid's Omicron variant in MaharashtraJalna: The Maharashtra government is closely monitoring the prevailing coronavirus situation and...
© ReformerNews 2021. All Rights Reserved
Go to mobile version
%d bloggers like this: