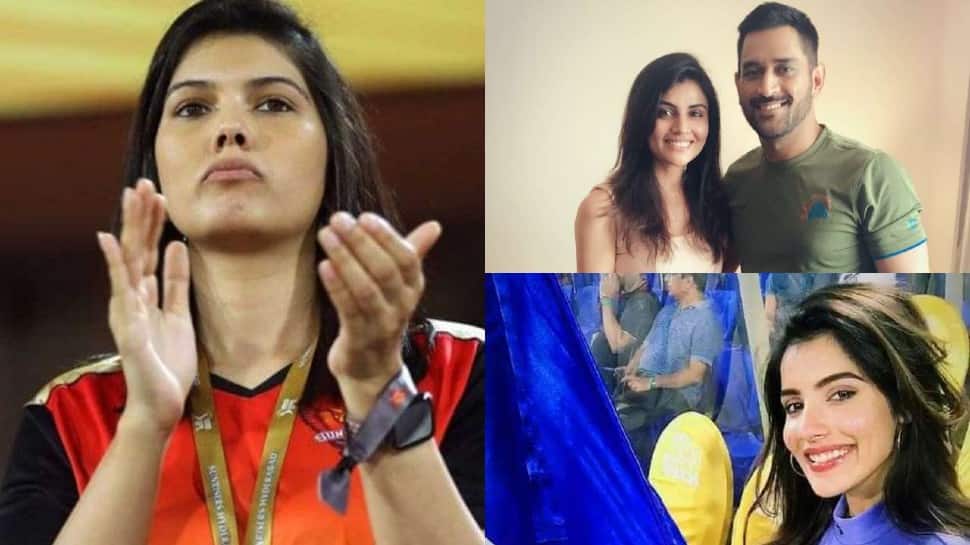 It is no hidden fact that the Indian Premier League is the most-watched Twenty20 league in the world and every year fans wait eagerly to watch their favourite cricketers in action in the cash-rich league. However, there have been some individuals who have taken the action away from the field and set the internet on fire with just their presence in the stadiums.

Sunrisers Hyderabad might have failed to put up a good show in the first phase of IPL 2021, but a ‘mystery girl’ supporting the Orange Army still managed to hog the limelight time and again with her presence in the stadium. That mystery girl is none other than Kaviya Maran from the Kalanithi Maran family and the CEO of the SRH franchise. Her mother Kaveri Maran is the Joint Managing Director of SUN and is also the highest-paid businesswoman in India. Kaviya is involved with SUN music and FM channels of SUN TV. She was first seen on television during the 2018 season of IPL, where she was seen supporting SRH in a match against KKR.

Apart from Kaviya Maran, SRH have one more mystery girl and she is Tollywood actress Ashrita Shetty. Also, she is is the wife of SRH batsman Manish Pandey. Pandey had tied the knot with Ashrita Shetty a day after the Syed Mushtaq Ali Trophy final. The middle-order batsman got married to the actress in Mumbai on December 2019. Ashrita Shetty, who made her screen debut in 2012, has appeared in five films in her career so far.

During an IPL 2018 clash between Chennai Super Kings and Mumbai Indians, there was one fan who was tense on the outcome of the game. Her tense look combined with her simple beauty made social media curious. Later, it was revealed that the ‘mystery woman’ was the sister of Chennai Super Kings pacer Deepak Chahar. Her name is Malti Chahar and she was present at the Stadium. She is an avid supporter of CSK and has been spotted in the stadium cheering for the Yellow Army many times. Malti is a die-hard fan of MS Dhoni as well, uploading photos of Dhoni on her official Instagram account. Malti Chahar’s both brothers are featuring in the IPL 2021. While Deepak has been excellent with CSK, Rahul is playing for Mumbai Indians.

Take a look at Malti’s pics:

This match will be a momentous occasion as IPL will welcome the fans back to the stadiums after a brief hiatus owing to the Covid-19 situation, the BCCI said in a statement.

ReformerNews - September 17, 2021 0
CSK shared a picture of Faf du Plessis at the team hotel.© CSK/TwitterIPL 2021 resumes on September 19 with teams hard at work...

ReformerNews - September 17, 2021 0
More than 60 cryptocurrency exchanges in South Korea must notify customers of a partial or full suspension of trading by Friday midnight, a...