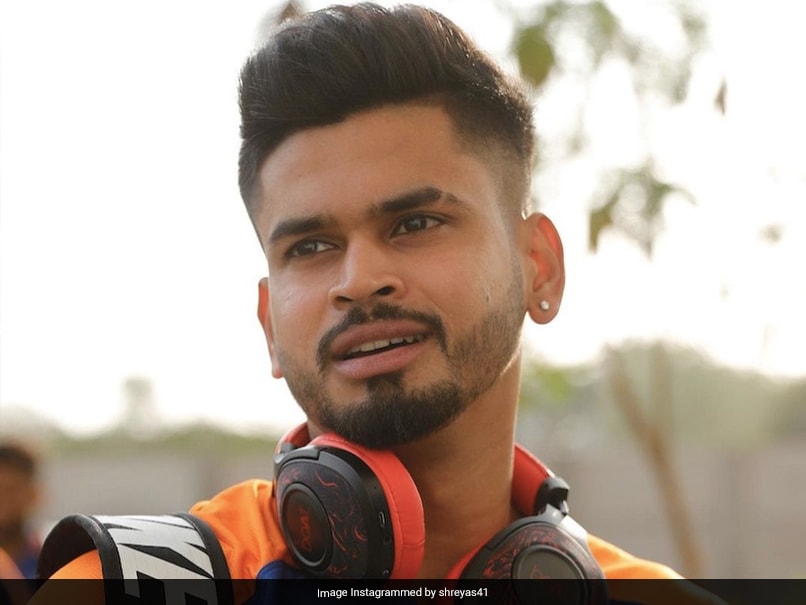 Shreyas Iyer is currently out of action with a shoulder injury.© Instagram


One of the perks for a sportsperson representing their country is the love and support they get from the crowd. For a player to have their name chanted, whether while batting, bowling or fielding, is a special feeling, and players have always talked of the importance of having fans around, especially amid the COVID-19 pandemic which has caused most games to be played behind closed doors. After playing IPL 2020 without crowds in the UAE, Shreyas Iyer was among the Indian cricketers who got to play in front of spectators during the team’s tour of Australia and home series against England.

It was during the T20 International (T20I) series against England in Ahmedabad that Iyer got his new favourite fan chant – and of course, it’s about him!

“Found my new favourite chant,” he captioned the video on Instagram, adding a teasing emoji. “Can’t wait to get back!” he added.

Iyer picked up a shoulder injury during the first ODI against England in Pune and was ruled out of the remainder of the series.

Iyer was also ruled out of the 2021 season of the Indian Premier League (IPL), with Rishabh Pant named Delhi Capitals captain in his absence.

However, with a surge in COVID-19 cases in India, IPL 2021 was postponed indefinitely, with the season just over the half-way mark of the league stage.

Delhi Capitals were enjoying a good season before the abrupt suspension of the tournament. They were in second place, only behind leaders Chennai Super Kings on Net Run Rate.