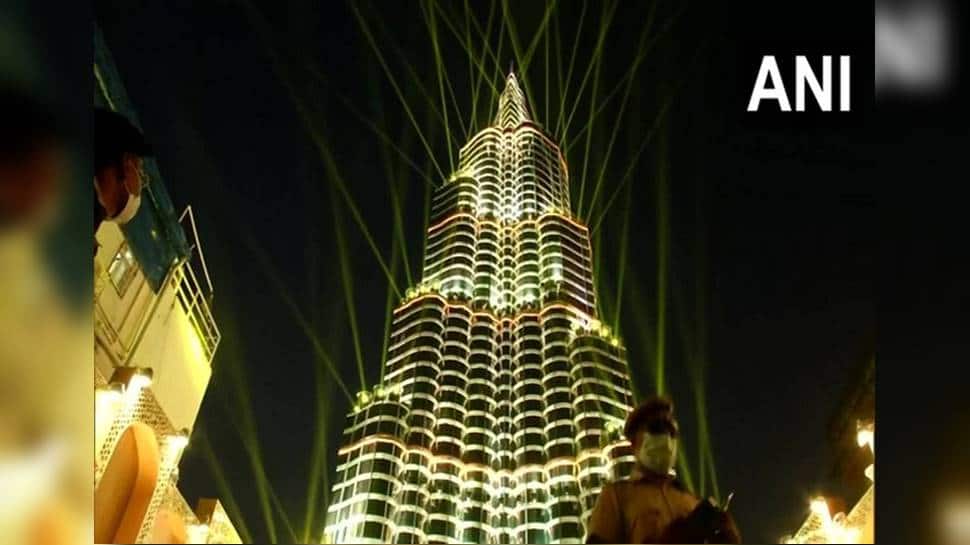 New Delhi: One of the iconic Durga Puja pandal in Kolkata this year made on the world-famous skyscraper Dubai’s Burj Khalifa has suspended its laser show on Monday evening allegedly after pilots of commercial planes’ complained to the Air Traffic Control in the city.

The organisers Sreebhumi Sporting Club, however, denied receiving complaints. They said the laser strobe lights were switched off to prevent overcrowding in view of the COVID-19 pandemic restrictions. Presently, only still lights are on at the pandal in the Lake Town area.

The 145-feet pandal was erected in the lake town on the outskirts of Kolkata based on the theme of Dubai’s iconic Burj Khalifa tower and it has been a major crowd-puller this year. The laser show at the pandal, much like 829 m Dubai’s coloured projectors, changed colours from red to blue to yellow.

The state fire minister Sujit Bose, who a part of the organising committee, said. “Every year, we build one iconic structure as our `pandal’ (marquee). Last year, we had built a replica of the Kedarnath Temple. This year our artist proposed Burj Khalifa …we sent him to Dubai to get every detail of the structure so that a good job could be done,” he had said in an earlier interview.

ReformerNews - October 20, 2021 0
<!-- -->Nirav Modi is accused of defrauding Punjab National Bank of $2 billion over seven years. (File)London: A British court will hear on...
© ReformerNews 2021. All Rights Reserved
Go to mobile version
%d bloggers like this: