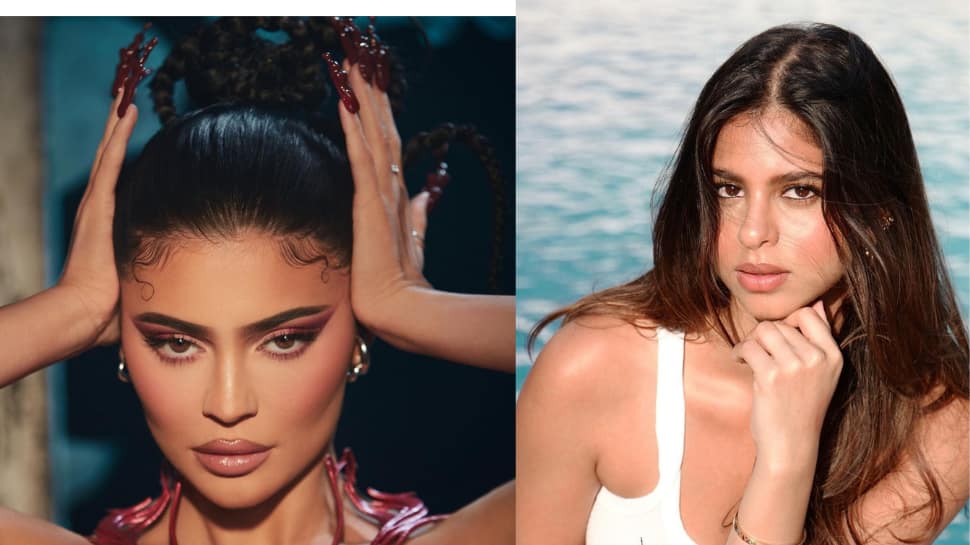 New Delhi: Beauty mogul and internet sensation Kylie Jenner, who is pregnant with her second child with partner Travis Scott, took to her Instagram to share a full nude photo of herself drenched in fake blood to announce her makeup line Halloween special collaboration with Nightmare On Elm Street. The horror franchise is centered around Freddy Krueger.

The photo seemed to be shot earlier as Kylie has now progressed with her pregnancy with a very visible baby bump. “MY KYLIE X NIGHTMARE ON ELM STREET COLLECTION LAUNCHES TOMORROW! 3pm pst KylieCosmetics.com,” Kylie captioned her post.

The photo stirred quite a controversy with many calling it gory and disturbing. “I do not like this at all this looks satanic asf. Kylie…. NOOOO bro just no!” commented one user, while another wrote, “ “This is kind of disturbing especially since you’re pregnant. But that’s just my opinion. Doesn’t matter.”

However, there were also 24 years old reality star followers who liked the photo. One of them is Shah Rukh Khan’s daughter Suhana Khan, who is currently in New York to get her college education. Suhana liked Kylie’s controversial photo. Currently, the star kid family is going through a tough time as her 23 years old elder brother Aryan Khan is arrested by the Narcotics Control Bureau (NCB) in a drugs case.

Kylie Jenner had last month announced her second pregnancy with Travis Scott via her Instagram account. The influencer shared an adorable video of herself on the social media platform to share the news.

Big sisters Kim Kardashian and Kourtney Kardashian had showered love on the post. “I’m crying,” wrote Kim, whereas Kourtney commented, “Crying this is so beautiful my blessed angel sister”.

Kylie’s sister Kendall Jenner’s best friend and supermodel Gigi Hadid also took to the comment section to congratulate the second time mother-to-be. “My heart is bursting for you! Congratulations”.