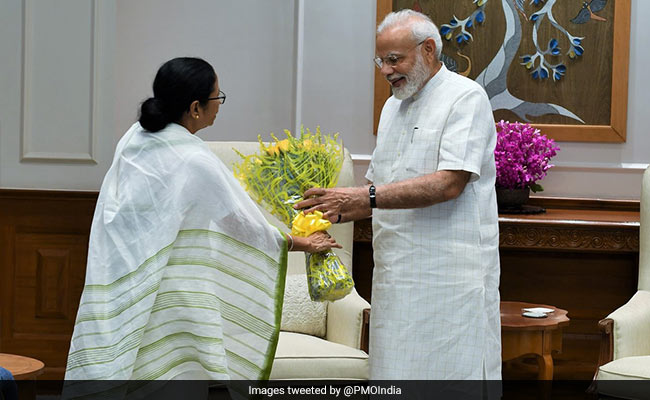 TMC chief Mamata Banerjee is on a visit to the national capital till November 25.

West Bengal Chief Minister Mamata Banerjee will meet Prime Minister Narendra Modi in Delhi tomorrow. She is expected to discuss the issue of expansion in the jurisdiction of the Border Security Force (BSF) and the allocation of central funds for West Bengal. She might also bring up the issue of political violence in Tripura.

Trinamool Congress chief Ms Banerjee is on a visit to the national capital till November 25, she will meet opposition party leaders to chalk up a strategy to tackle the BJP in the Parliament ahead of the winter session that’s scheduled to begin on November 29.

While Mr Varma called the West Bengal CM “a big force” in national politics and claimed people from all parties, including the BJP, will join her, Mr Azad said that the country needed a person “who can fight on the ground… (and give it) a new direction” and added that Ms Banerjee has proved that she can do it.