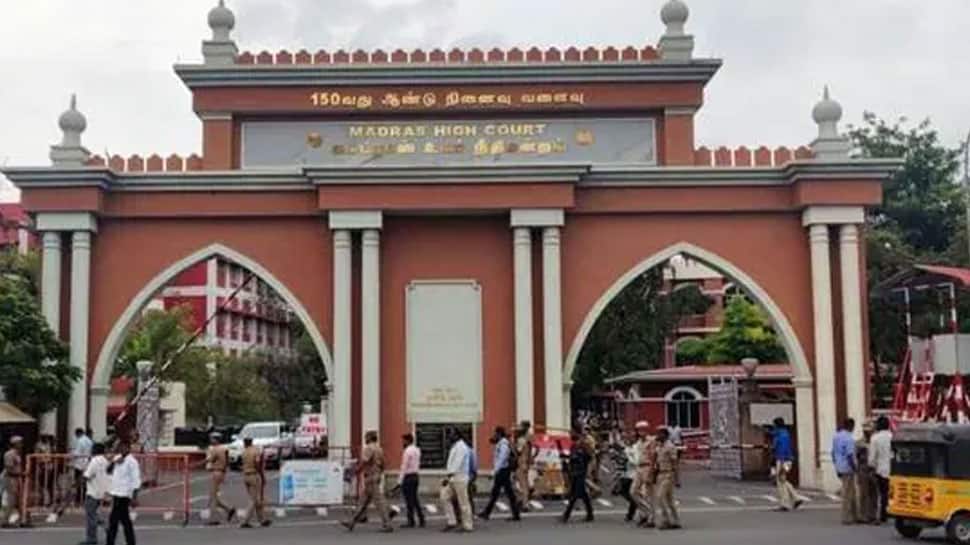 Chennai: Hailing Tamil as the “Language of Gods,” the Madras High Court has said temple consecrations across the country should be done reciting Tamil hymns composed by saints like Azhwars and Nayanmars, besides others like Arunagirinathar. A bench of Justice N Kirubakaran, since retired, and Justice B Pugalendhi, in a recent order also said that in our country “it is made to believe that Sanskrit alone is Gods’ language.”

In various countries and religions, different types of beliefs were in existence and the places of worship also change according to the culture and religion. “In those places, only the local language was stated to be used for doing heavenly service. However, in our country, it is made to believe that Sanskrit alone is Gods’ language and not any other language is equivalent. No doubt, Sanskrit is an ancient language with enormous ancient literature. The belief is spread in such a way that only if the Sanskrit Vedas are recited, the Gods will listen to the prayers of the devotees,” the bench said.

The court was hearing a petition seeking consecration of a temple in Karur district in the state seeking direction to government authorities, including the Commissioner, Hindu Religious and Charitable Endowment to conduct consecration/ Kudamuzhukku/ Nanneerattu function of Arulmigu Pasupatheshwara Swamy Tirukovil by chanting Thirumuraikal, Tamil Saiva Manthiram (hymns) and also songs of Saint Amaravathi Aatrangarai Karurar.

“Tamil is not only one of the earliest ancient languages of the world but also a ‘Language of Gods’. It is believed that Tamil language is born out of pellet drum which fell from Lord Shiva while he was dancing. Another School of thought is that Lord Muruga created the Tamil language.”

“As per mythology, Lord Shiva presided over the first academy (First Tamil Sangam). It is believed that Lord Shiva played ‘Thiruvilayadal’ to test the knowledge of Tamil poets. The above would only mean that Tamil language is connected with Gods. When it is connected with the Gods, it is a Godly language. Such a Godly language has to be used while performing Kudamuzhuku,” the Madras High Court said.

The judges noted every language spoken by the people is God’s language. “Man cannot create language. The languages are in existence for centuries together and passed on from one generation to the other generation. There can only be an improvement in the existing language and there cannot be any creation of language,” they added.

“The petitioner seeks for performing Kudamuzhuku in a particular temple by reciting Tamil verses. However, it is not only for that particular temple but throughout the country, all the temples should be consecrated by reciting Tamil Thirumurai and other hymns composed by Saints like Alwargal and Nayanmargal, apart from Pattinathar, Arunagirinathar etc,” the bench noted.

In an apparent reference to the two Dravidian parties– the DMK and the AIADMK, the court said “even the policymakers who have been ruling the state from the year 1967 onwards are also interested in making use of Tamil in all the fields.”

If Tamil hymns cannot be used in the temples located in Tamil Nadu, nowhere else can be used.

The court pointed out at the saying that Tamil has been developed by Alwars (Vaishnavite saints) and noted that even as on today, at the holy Tirmuala Hills in Tirupathi, during the Tamil month of Margazhi (December-January), only “Thirupavai”, rendered by Vaishnavite saint Andal is recited in praise of the presiding deity.

“Even according to Bhagavat Geetha, Lord Krishna stated that he manifests himself in the month of Margazhi. Thus, God Thirumal would like to hear Tamil Thirupavai during the month of Margazhi which he is fond of. When Vaishnavism gave importance and prominence to Tamil hymns, Saivism equally gave importance to Tamil, due to the availability of many kinds of literature, especially Bakthi literature.”

“If God could not understand Tamil, how was it possible for die-hard devotees who were committed to worshiping of Lord Shiva, Lord Thirumal, Lord Muruga, etc., to have composed so many hymns in praise of them. Therefore, the theory that God understands only one language cannot be believed,” the court said.

The court further said that as far as the scientific evidence available Sanskrit language is concerned, the age is first Century BC. Though it is stated the language is in existence for more than 3000 years and passed on orally, it is only hypothetical as a proof is not available. However, it is also one of the ancient languages which are required to be preserved.

“However, Tamil has got scientific evidence to prove its antiquity. Therefore, it cannot be said that only one language alone is God’s language and other languages are not,” it said.

Sadly e-stampes of Tamil inscriptions taken by the British are not properly preserved and many of them are lost or damaged. It is also stated that many precious palm leaf manuscripts containing Tamil literature were burnt or thrown into the river, the court said.

It credited Tamil scholar U Ve Swaminatha Iyer for being responsible for retrieving and preserving the palm leaf manuscripts and Tamil materials. “But for him, many of the precious valuable literature could not have been saved,” the bench said.