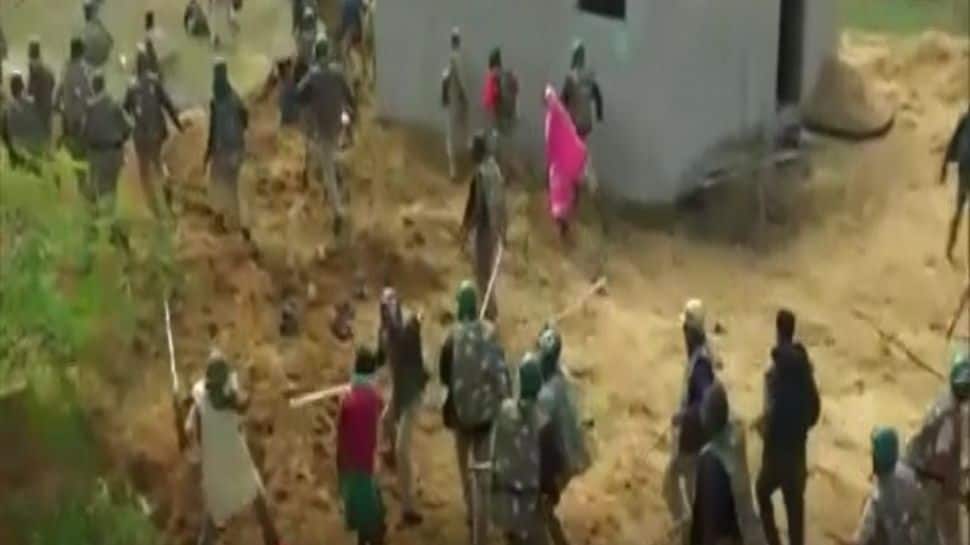 Paradip: The proposed plant site of JSW Steel in Odisha’s Jagatsinghpur district on Friday turned into a battlefield as villagers clashed with the police over demolition of betel vines.

Villagers claimed at least 40 protestors, including children and elderly people, were injured as the police baton-charged them, while an official said the personnel of the force were also attacked leading to injury to five of them.

The incident occurred near Dhinkia village, the epicentre of a movement against setting up of a factory by South Korean steel major Posco a decade ago.

The government has planned to allot land to JSW for its Rs 55,000 crore project from various villages, barring Dhinkia.

Residents of Dhinkia alleged that they were stopped by the police at Mahala when they were on their way to nearby Patana village to oversee the condition of their betel vines, which they claimed to have been demolished by the authorities.

The administration has created Mahala village after carving out some portion of Dhinkia recently. A section of villagers had clashed with the police at least twice last month on this issue also.

“We were prevented from going to our betel vines by the police. When the villagers said that they must go to the betel vines, the police resorted to lathi charge without any provocation,” Debendra Swain, a former Panchayat Samiti member, said before being taken to police custody.

He claimed that 40 people were injured in police action. Eight of them were children in the age group of 9 to 11 years and 11 were above 60 years.

Swain alleged that even the injured persons were not taken to the hospital by the police.

Jagatsinghpur Superintendent of Police Akhileswar Singh, however, rejected the allegations.

“The security personnel were attacked by the villagers. Our personnel tolerated it for long hours and later used minimum force. In the scuffle, about five policemen have been injured,” the SP said.

Singh said there is no forceful acquisition of betel vines in the proposed plant site as villagers have accepted compensation for them.

“We can show the documents having signature of the villagers who on their own accepted compensation and gave away betel vines. Everything has been done with the consent of the villagers,” he said.

Erasama Tehsildar, P N Das, who was present at the site, said that the villagers have given consent to acquire their betel vines following which the administration demolished them.

There is no illegality, he claimed.

Five people, including Swain, were arrested in connection with the alleged attack on police personnel.

To a question whether he, as a magistrate, ordered the police to use baton on the villagers, Das said, “I will not be able to speak everything right now.”

Meanwhile, tension prevailed in Dhinkia Gram Panchayat area after the violence. Many men are hiding in a nearby jungle to avoid arrest.

The police have also demolished three bamboo gates earlier erected by the people at the entry points to Dhinkia village, Swain alleged.

As many as 15 platoons (450 personnel) of police were deployed in Dhinkia area in view of the prevailing situation, an official said.

Opposition parties condemned the police action against the villagers.

BJP state president Samir Mohanty said, “There is a gap between the administration and the people. The government cannot build any project forcibly. The project should be developed with support of people and not with help of the police.”

Around a decade ago, South Korean steel major Posco had also proposed to establish its mega steel plant project in the region, but failed in its bid due to strong protest from the local villagers.