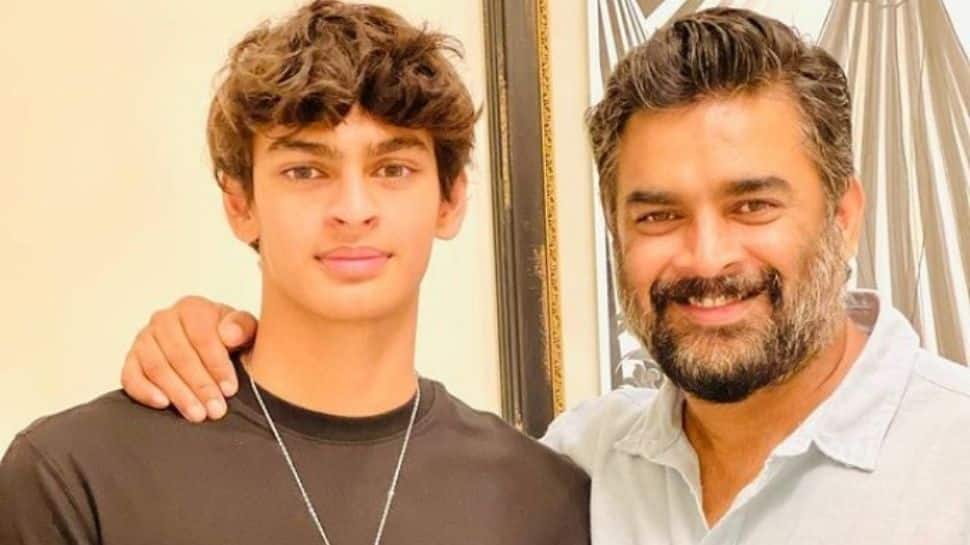 New Delhi: Actor R Madhavan is a proud father of a 16-year-old son Vedaant as the latter has won 7 medals for at a 47th Junior National Aquatic Championships 2021.

While the fans are going gaga over the achievement, fans are calling him the ‘ideal son’ and now Bollywood celebrities are also congratulating the duo.

Dia Mirza also wished the father and son duo. She shared the news in her Instagram story.

Recently, Maddy penned a heart-warming post on the occasion of Vedaant’s 16th birthday.

He shared a beautiful picture of the father-son duo and wrote, “Thank you for beating me at almost everything I am good at and making me jealous yet, my heart swell with pride. I have to learn so much from you my boy. As you step into the threshold of manhood, I want to wish you a very happy 16th birthday and hope and pray that you’re able to make this world a better place than we are able to give to you. I’m a blessed father.”

On the work front, Madhavan will be next seen in the film Rocketry: The Nambi Effect. The film is based on the life of Nambi Narayanan, he was a former scientist and aerospace engineer at ISRO.

ReformerNews - December 4, 2021 0
The Delhi Bulls booked their place in the Abu Dhabi T10 final after defeating Team Abu Dhabi by 49 runs in Qualifier 2...

ReformerNews - December 4, 2021 0
<!-- -->Officials at Florida's airport found the suspect was carrying a gun with five bullets. (Representational)Miami: Barbados officials on Friday were investigating how...
© ReformerNews 2021. All Rights Reserved
Go to mobile version
%d bloggers like this: