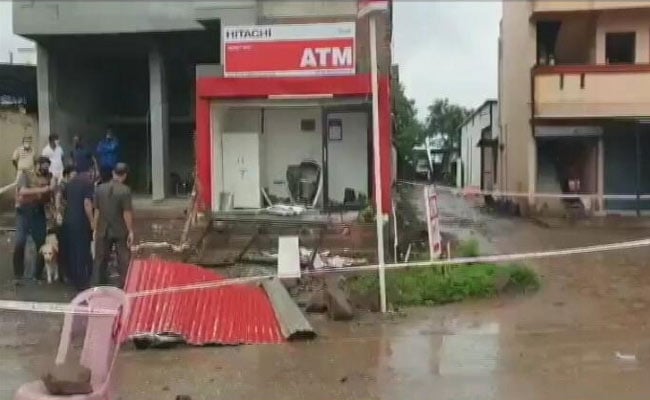 Robbers blew up an ATM kiosk and made away with Rs 30 lakh in cash.

Robbers blew up an ATM kiosk at Pimpri Chinchwad in Pune and made away with Rs 30 lakh in cash. Reports suggest that the robbers left behind about Rs 10 lakh as they did not have time to collect it.

The incident, which took place on July 18, has set off alarm bells within the state police after investigation pointed to the possible use of an Improvised Explosive Device (IED) in the blast. Maharashtra Police’s Anti-Terrorism Squad is now monitoring the investigation.

Visuals from the spot, located in the Chakan area, show the ATM machine split open. Police have cordoned off the area and also taken a sniffer dog to find further clues.

Champak Ippar, Deputy Commissioner of Police for Pimpri-Chinchwad, said, “After 1 am (on July 18), unidentified robbers planted explosives, damaged the ATM machine and robbed the cash.”

A few days back, a similar robbery was attempted at Rajan village in Pune Rural area, but the ATM machine was not fully damaged and the robbers could not get the cash out.

Police now suspect that the same gang is behind the robbery in Pune and this time they used more explosives to ensure that the machine suffers adequate damage.