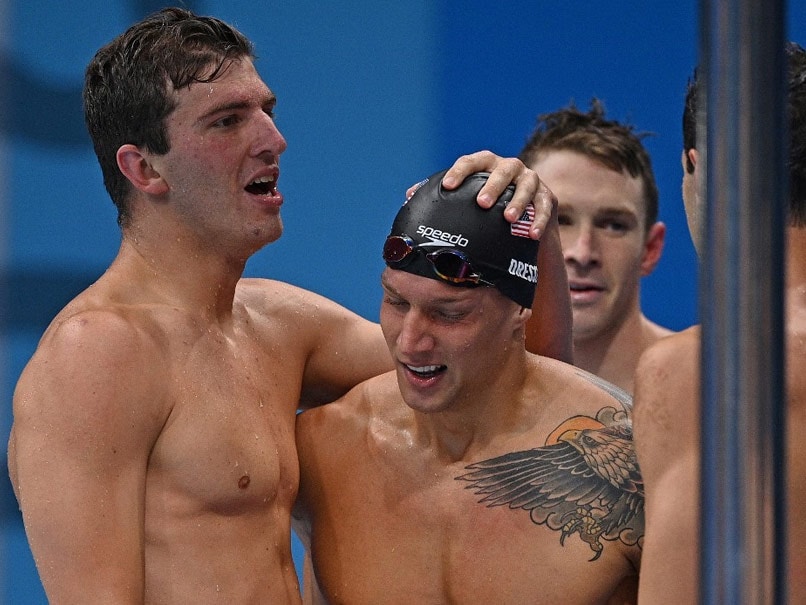 A storming butterfly leg from Caeleb Dressel powered the United States to a new world record and the gold medal in the men’s Olympic 4x100m medley relay final on Sunday. The US team of Ryan Murphy, Michael Andrew, Dressel, and Zach Apple touched in 3min 26.78sec to smash the global 3:27.28 mark set at the 2009 world championships. Britain came second in 3:27.51 and Italy were third in 3:29.17. The Americans were trailing at 200m after Andrew’s breaststroke leg against Britain’s Adam Peaty but when Dressel hit the water that all changed.

He clawed back the lead, leaving Apple to finish the job.

ReformerNews - September 17, 2021 0
CSK shared a picture of Faf du Plessis at the team hotel.© CSK/TwitterIPL 2021 resumes on September 19 with teams hard at work...
© ReformerNews 2021. All Rights Reserved
Go to mobile version
%d bloggers like this: