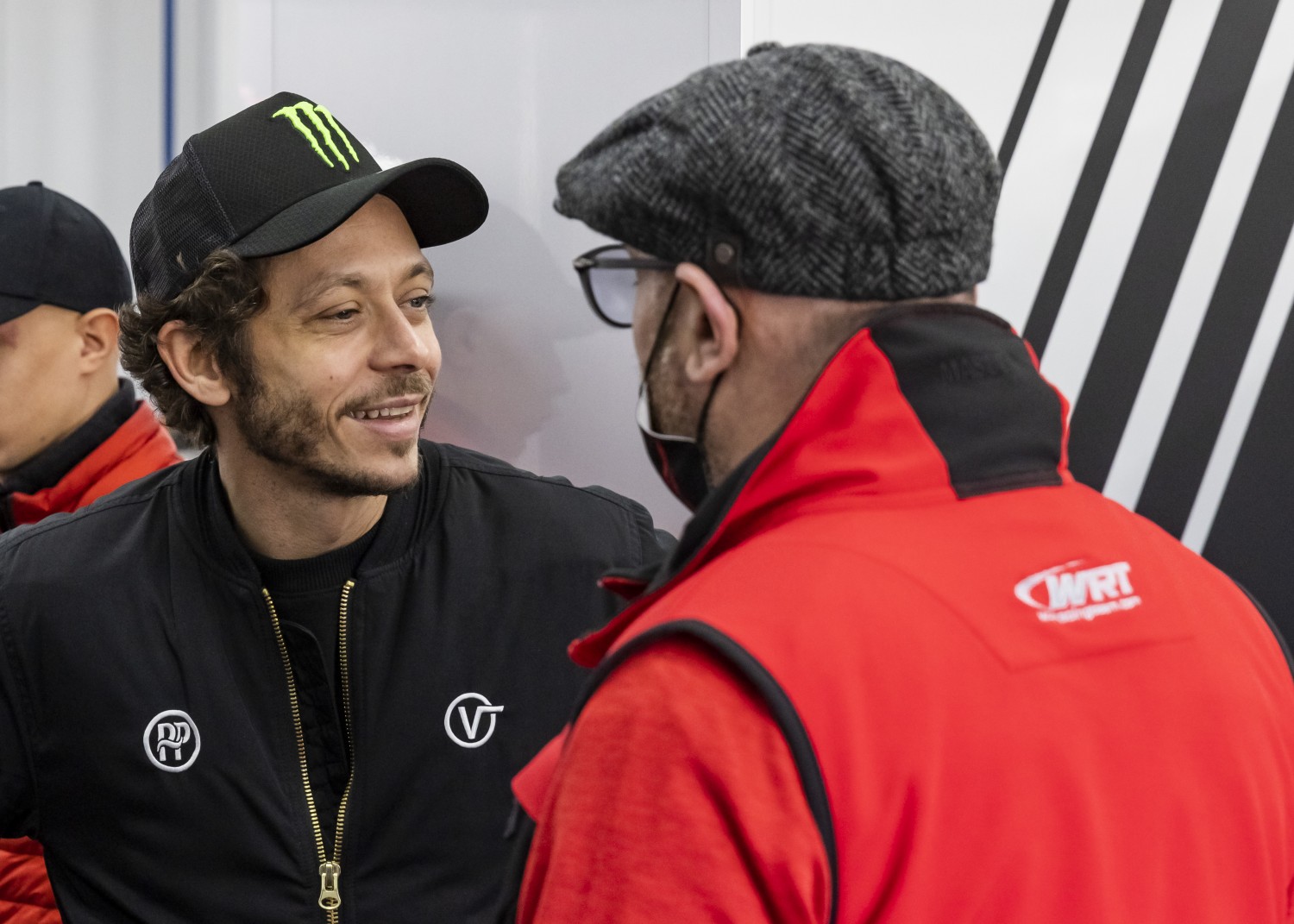 Rossi has now finalised an agreement to contest the 10-round Fanatec GT World Challenge Europe Powered by AWS championship with the Belgian squad.

Valentino Rossi will embark upon a new career in sports car racing this year by contesting the full Fanatec GT World Challenge Europe Powered by AWS season with leading Audi squad Team WRT. The nine-time grand prix motorcycle world champion hung up his leathers at the conclusion of the 2021 campaign and immediately set his sights on a fresh challenge in four-wheeled competition.

Rossi has now finalised an agreement to contest the 10-round Fanatec GT World Challenge Europe Powered by AWS championship with the Belgian squad. His car will carry the iconic No. 46 and he will will contend for overall honours in both the Endurance Cup and the Sprint Cup alongside official Audi Sport drivers.

By joining Team WRT, Rossi has aligned himself with the most successful operation in Fanatec GT World Challenge Europe Powered by AWS history. The Audi squad has amassed an unparalleled 28 overall teams’ and drivers’ titles since 2011, including five from a possible six last term. The Belgian outfit has been particularly dominant in the Sprint Cup and is also a perennial contender for victory at the TotalEnergies 24 Hours of Spa.

Though 2022 represents a fresh start in Fanatec GT World Challenge Europe Powered by AWS, Rossi is not a newcomer to the series having contested a pair of Endurance races at Monza and the Nurburgring during the 2012 season. He will begin his latest endeavour by joining Team WRT at the official test days at Circuit Paul Ricard on March 7-8.