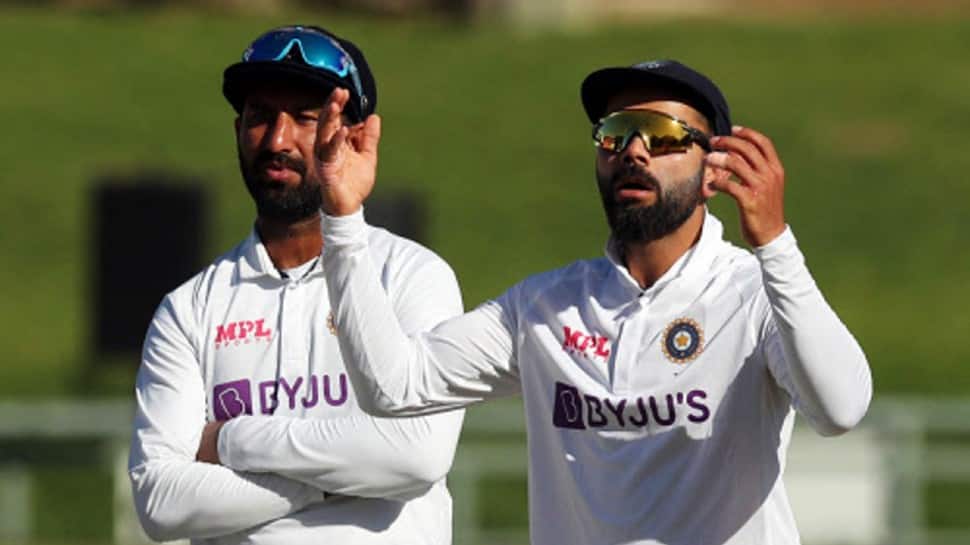 South African skipper Dean Elgar said the DRS controversy offered them a ‘window’ to have a go at the target with the Virat Kohli-led Indian team getting distracted by their on-field chatter during the series-deciding third Test. The left-handed opener’s LBW decision by umpire Marais Erasmus was overturned after HawkEye showed the ball trajectory going over the stumps.

It led to tempers fraying in the Indian camp with skipper Kohli along with his deputy KL Rahul and senior offspinner Ravichandran Ashwin mocking the South African broadcasters ‘SuperSport’ on stump microphone. Chasing 212 in tough Newlands conditions, South Africa were 60 for one in the 21st over when Elgar got the reprieve but with the Indian camp busy with the DRS controversy the hosts went on to score 40 runs in the next eight overs.

“That obviously gave us a little bit of a window period, especially yesterday (Thursday) for us to score a little bit freer and obviously, chip away at the deficit that we needed or the target that we needed,” Elgar said after their series-clinching seven-wicket win in Cape Town on Friday (January 14).

“It worked out well in our hands, it played nicely into our hands. For a period of time, they actually forgot about the game and they were challenging a bit more of the emotional side of what Test cricket has to offer.”

Asked about the controversy, Elgar said: “Loved it. It was obviously maybe a team that was under a little bit of pressure and things weren’t going the way which they obviously were quite used to of late. Yeah we’re extremely happy. We still had to execute our skills with the bat (on day three and four) knowing that the wicket was playing a bit in the bowlers’ favour and we needed to be extra disciplined out there and execute our basics.”

South Africa had started the series with an embarrassing 113-run defeat in the Boxing Day Test at Centurion where they had never lost. So Elgar took upon the responsibility to pull the team together with some ‘hard chats’ with his teammates, who responded well.

“Losing the first game of a home Test series is never ideal. I think it’s a South African trait that you always have to start slow and we almost have to be 0-1 down to actually wake up and realise that you know we were up against it and our backs against the wall and the guys responded beautifully to that.”

Asked about the change room conversations, the Proteas skipper said: “I think that ties into the conversations I had with the team prior to the second game. Guys taking responsibility and valuing their wicket a lot more. A few soft dismissals and lapses of concentration can hinder your series and ultimately that’s what got us the loss in the first game.”

Elgar said he is ‘very happy that the guys responded well’. “They responded to fulfil those roles, especially from a batting point of view. We needed guys to stand up from a character point of view, make a bit more of a conscious effort and be a lot more aware of the position that they have within the side, purely to bring the best out of the player. Ultimately bringing the best out of the player will obviously influence the environment. So yeah, I’m glad and very, very relieved and very, very thankful of the guys for responding the way they did,” he added.

Sri Lanka have found another Lasith Malinga: WATCH him scare batters in nets

ReformerNews - January 27, 2022 0
YouTube is exploring features for its video creators to capitalise on non-fungible tokens, its chief executive officer said on Tuesday, becoming the latest...

Viral: Kerala Groom Dresses Up As ‘Minnal Murali’ For Wedding

ReformerNews - January 27, 2022 0
<!-- -->A Kerala groom dressed up as Minnal Murali for his weddingA groom from Kerala is grabbing eyeballs on social media for his...
© ReformerNews 2021. All Rights Reserved
Go to mobile version
%d bloggers like this: