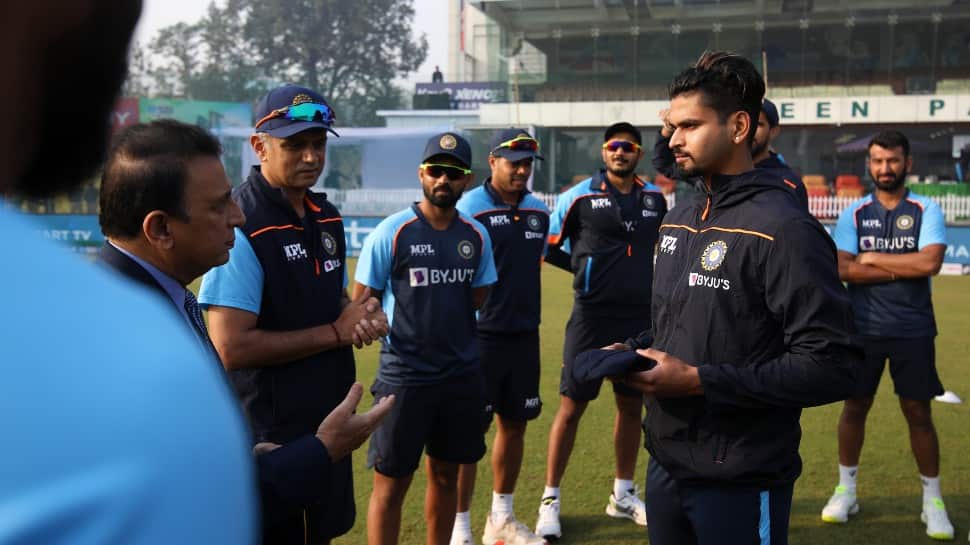 Iyer became the 302nd player to make his Test debut for the national team and before the toss against New Zealand in Kanpur, it was India’s greatest opener and former skipper Gavaskar, who was invited by Dravid to present the cap to a fellow Mumbaikar. Earlier, during the T20 series, Dravid had invited one of India’s most successful white-ball bowlers, Ajit Agarkar, to present Harshal Patel with his national cap.

A moment to cherish for @ShreyasIyer15 as he receives his #TeamIndia Test cap from Sunil Gavaskar – one of the best to have ever graced the game. #INDvNZ @Paytm pic.twitter.com/kPwVKNOkfu

The culture of former stalwarts presenting the national cap is very much prevalent in Australia and debutants get their ‘Baggy Green’ from the likes of Shane Warne, Mark Waugh, Mark Taylor or Adam Gilchrist.

In India, there was a time when ex-cricketers present were requested to do the honours but in the past few years, it has either been the captain or some senior player or at best a support staff presenting the cap to debutants. Dravid, a product of the ‘Old School’, has brought that sense of nostalgia back as an emotional Iyer listened intently to what Gavaskar had to say about the essence of wearing the Test cap and what it means for a cricketer.