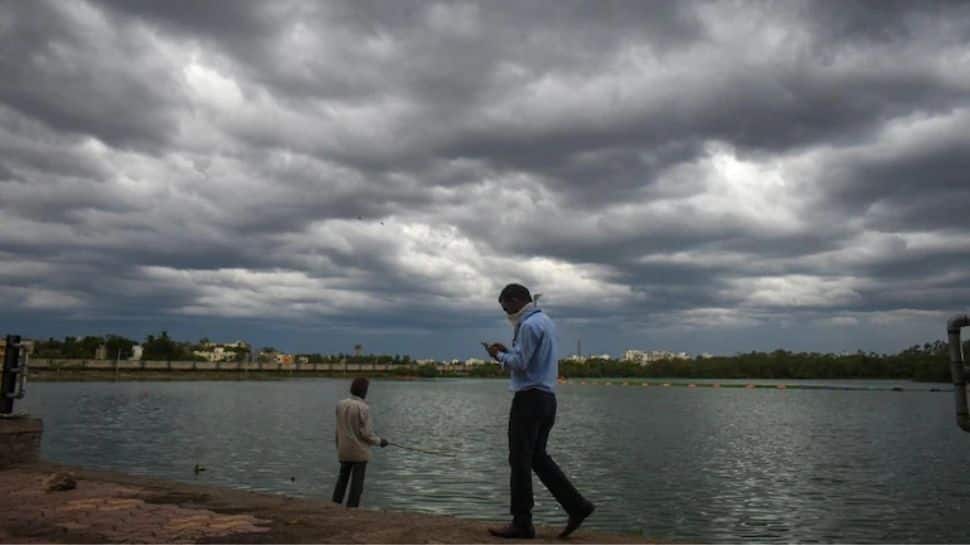 New Delhi: Under the influence of Cyclone Jawad, Andhra Pradesh, Odisha and West Bengal are likely to witness heavy rains. According to India Meteorological Department (IMD), the cyclonic storm is likely to hit north Andhra Pradesh and south Odisha on Saturday (December 4, 2021) morning.

“It is likely to move north-northwestwards, intensify further and reach the west-central Bay of Bengal off north Andhra Pradesh – south Odisha coasts by tomorrow, December 4 morning,” said the IMD.

Meanwhile, IMD has also predicted heavy rainfall at isolated places over Assam, Meghalaya and Tripura on Sunday and Monday.

Earlier this week, IMD had issued a Red alert for 4 Odisha districts, Orange alert for 7 and Yellow alert for 4 districts predicting ‘heavy’ to ‘very heavy’ rainfall.

The Andhra government has set up 197 relief camps in schools and community halls. Eleven teams of NDRF have deployed whereas 5 teams of SDRF and six teams of Coast Guard are in place. Village secretaries and District collectorates will function throughout the night.

On the other hand, the Odisha government has ordered to keep the schools closed in 19 districts of the state. As per the order from the School and Mass Education Department, all government, aided, and private schools affiliated with the department in 19 districts of Odisha will be closed for December 4 in view of cyclone `Jawad`. The 19 districts wherein the schools would be closed are Ganjam, Gajapati, Puri, Nayagarh, Jagatsinghpur, Kendrapara, Koraput, Rayagada, Cuttack, Khordha, Kandhamal, Keonjhar, Angul, Dhenkanal, Balasore, Bhadrak, Jajpur, Malkangiri, and Mayurbhanj.

People from 41 coastal villages of Bhadrak districts have been shifted to various shelter. COVID-19 protocols are in place.

The weather department also said that heavy to very rainfall is expected in parts of West Bengal in coming days. According to IMD, on Saturday, heavy to very heavy rain is likely to occur at one or two places over Purba and Paschim Medinipur districts and heavy rain in North and South 24 Parganas, Jhargram, Hooghly and Howrah.

ReformerNews - January 16, 2022 0
Bollywood actress Mouni Roy, who is known for her dancing skills, has been roped in as a judge for the upcoming season of...

India Open 2022: Biggest World Tour tournament that I have won,...

ReformerNews - January 16, 2022 0
New Delhi: After winning India Open 2022, shuttler Lakshya Sen on Sunday said that he did get a little nervous and anxious towards the end...
© ReformerNews 2021. All Rights Reserved
Go to mobile version
%d bloggers like this: