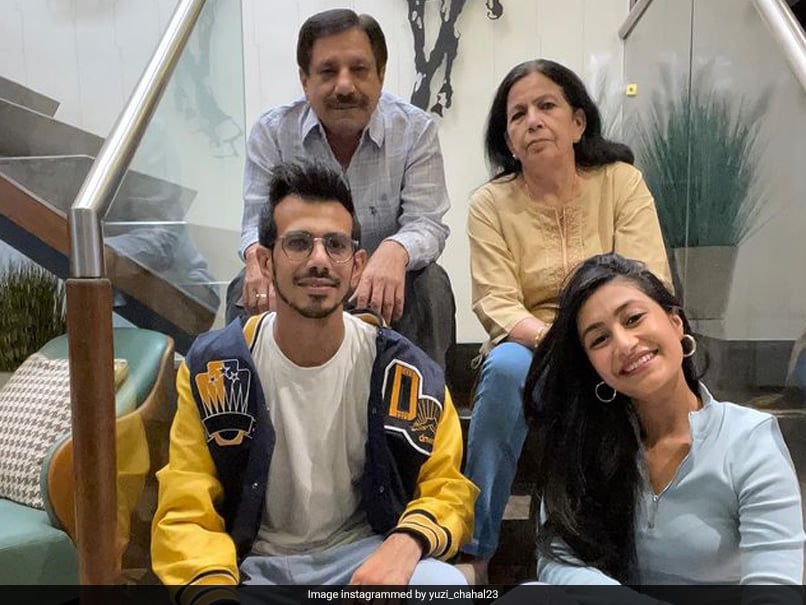 Yuzvendra Chahal shared a picture with his family after his parents recovered from COVID-19.© Instagram


India spinner Yuzvendra Chahal on Thursday extended his gratitude to his friends and family for their support after his parents recovered from the coronavirus. On Thursday, Chahal posted a beautiful snap with his family members on Instagram and wrote, “Thank you everyone for all your prayers and support. We are overwhelmed with the help that we received from our friends/ family and all your messages. Parents are healthy and we urge everyone to stay safe.” Chahal’s pic features his father KK Chahal, mother Sunita Devi, and his wife Dhanashree Verma.

Chahal’s parents had contracted COVID-19 last month Dhanashree had revealed about it on social media. Chahal’s latest update was received warmly by friends and followers on Instagram. Actor Aly Goni expressed his joy by sharing folded hands emojis in the comment box.

Chahal was last seen in action on April 30 during the 26th match of the Indian Premier League (IPL) between Royal Challengers Bangalore (RCB) and Punjab Kings (PBKS). He picked one wicket in the said game and gave away 34 runs in his quota of four overs.

Four days later, on May 4, the Board of Control for Cricket in India (BCCI) halted the cash-rich league due to COVID-19. Now, the remaining games and four knockout games will be played in the United Arab Emirates between September and October.

However, Chahal could return to field duties before the resumption of IPL, when the Indian team will travel to Sri Lanka for a white ball series. The three-match ODIs and as many T20I series between India and Sri Lanka will take place from July 13 to July 25.